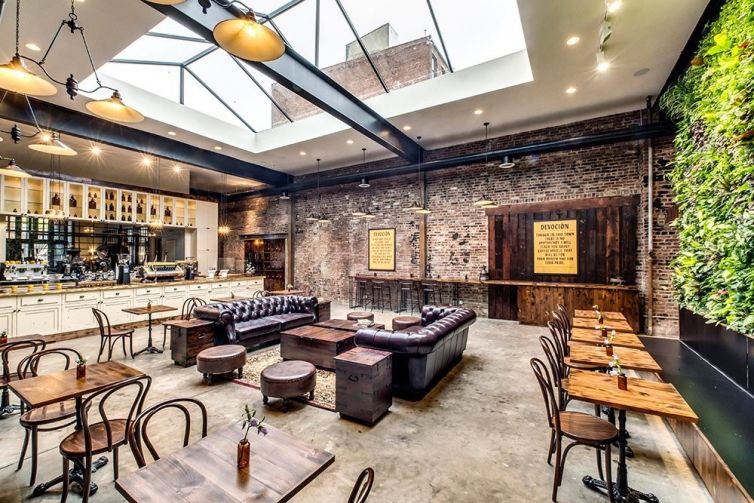 Devoción, a Colombia-based coffee purveyor, is opening its second Brooklyn café, this one at TF Cornerstone’s 300 Livingston Street, the retail component at the base of the residential building known as 33 Bond, in Downtown Brooklyn, Commercial Observer has learned.

“Our second New York location is, to some degree, more important than our first, so I am excited to have found such a great location in Brooklyn that is evolving quickly,” said Steven Sutton, the founder of Devoción, in prepared remarks.

The ground-floor space is 1,722 square feet and the 40-seat café will open in late-2017, according to a spokeswoman for Winick Realty Group. The asking rent in the 15-year deal was $125 per square foot, she said.

The café will offer the brand’s trademark farm-fresh direct trade coffee, as well as in-house freshly baked pastries and sandwiches.

“With a network of over 400 microlot farms throughout Colombia, Devoción is the only true farm-to-table coffee roaster serving the freshest coffee in the U.S. as they overnight their beans from Bogota to their Williamsburg showroom via FedEx for roasting in as little as 10 days from ‘green state,’ ” Winick said in a news release.

Steve N. Gonzalez, the director of retail leasing at TF Cornerstone, said Devoción offers “a unique concept that will greatly serve the 714 residential units in the building, as well as the ever evolving retail landscape of Downtown Brooklyn and Boerum Hill.”

“The building at 300 Livingston Street is uniquely situated between two of Brooklyn’s fastest-growing neighborhoods and, specifically, it is positioned on the traffic path that leads Boerum Hill residents to the many area train stations,” Baker said in a statement. “This accessibility helped draw Devocion to 300 Livingston Street and will help to make them a staple to the neighborhood.”

Founded in 2006 in Colombia, Devoción then came to New York City in 2013, at 69 Grand Street at Whythe Street in Williamsburg.

As CO previously reported, the development at 300 Livingston Street is 25 stories with 714 units, 20 percent of which will be affordable, along with 55,000 square feet of retail over two floors. Devoción marks the first tenant to sign on in the retail portion. The building has been topped off and is slated to come online by the middle of this year.