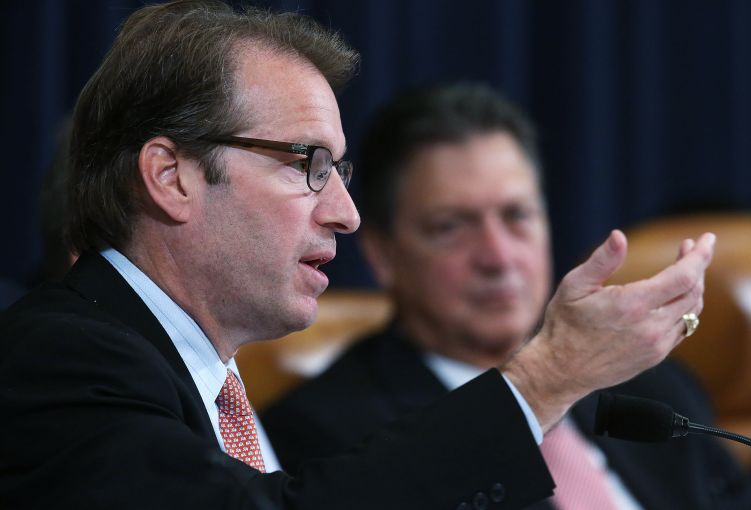 The White House is at odds with some congressional republicans over the corporate tax rate, with the Trump Administration pushing to slash such rates to 15 percent, which one prominent Republican representative suggested is too extreme.

Tax Policy Chairman for the House Ways and Means Committee Peter Roskam, a Republican Representative from Illinois, appeared today at the Commercial Real Estate Finance Council‘s meeting in Washington, D.C. He discussed his party’s “blueprint,” for tax reform, written last year and released in February, and stressed the importance of permanent tax policy instead of cuts that would need to be renewed again later, likely after ten years.

He outlined the blueprint’s basic facets: collapsing the seven major tax rates into three, eliminating the “death tax” and, of course, lowering the corporate tax rate. But Roskam expressed some disagreement with the President over just how low corporate taxes, before, of course, the many deductions many companies enjoy, should go.

“The White House is talking 15 percent, which is like…O.K.,” the Congressman said. Instead, Roskam is pushing for a 25 percent rate and to make the policy changes permanent. (Permanent legislation requires permanent budget provisions for the new law, unlike for legislation that is later up for renewal—essentially, permanent laws must be paid for, unlike their temporary counterparts.)

Roskam also stressed that the proposed tax reform would give so-called pass-through entities—vehicles familiar to, and crucial to the business of, most investors in commercial real estate—a corporate tax rate proportionately lower to that of C-corps, the classification referring to most major U.S. corporations. Pass-through entities are generally S-corps and LLCs.

The issue, however, then becomes distinguishing pass-through entities with true business purposes from those for personal use, the latter of which would not receive the new, lower rate, the Congressman said. An LLC, for instance, used solely to purchase a primary residence, is likely not a business entity under such a definition. Roskam did not comment on which pass-through entities would and would not be protected under the proposed tax reform blueprint.

The Congressman said it is not yet clear how business and personal entities would be differentiated, but added, “There’s got to be a way to avoid manipulation and abuse” of the tax system.