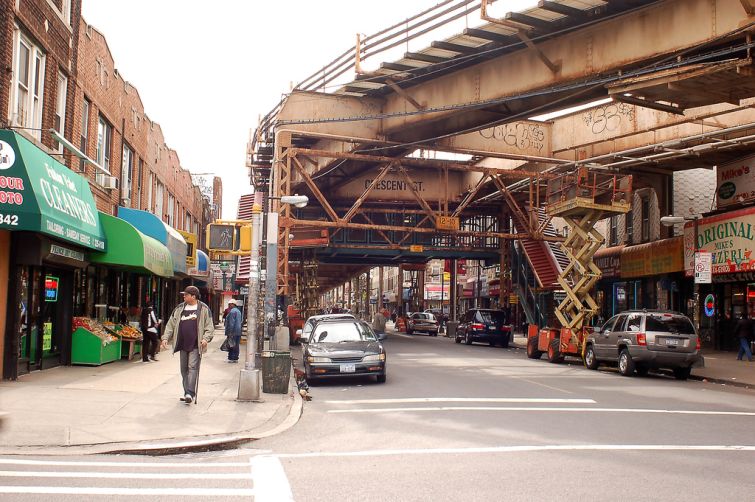 The city has launched an initiative to attract developers who want to build new office projects in East New York, Brooklyn, which was rezoned last year as part of Mayor Bill de Blasio’s plan to build and preserve 200,000 units of affordable housing over the next decade.

The New York City Economic Development Corporation released a request for proposals today seeking firms that want to build new office space or substantially renovate an existing commercial building in the working class neighborhood. The city’s Human Resources Administration is looking for 250,000 square feet in the area, but it will commit to leasing anywhere from 50,000 to 300,000 square feet in a building, functioning as an anchor tenant. Ideally, the agency would fill no more than 50 percent of the project, according to the RFP. It’s looking for a 20-year lease, with renewal options of five years each. The proposal is meant to support the mayor’s newly released jobs plan, which aims to create 100,000 “good-paying” jobs in the next ten years.

While the city might consider mixed-use developments with apartments, “the real goal is to catalyze as much private sector office space in East New York as possible,” said EDC spokesman Anthony Hogrebe. “We believe there is some interest in building commercial space in East New York, and having an anchor tenant is one of the biggest obstacles to doing that.”

Hogrebe said the city would be willing to help developers secure financing for a commercial project. HRA would enter into a lease agreement with the property owner before construction begins, and it could occupy one or multiple buildings.

Real estate values in the hood have heated up since the city kicked off the rezoning process in 2015. But building new office space is a tall order in an area where residential development struggles to get off the ground without financial incentives and zoning bonuses from the city.

Experts who know the market say the city would have to be willing to relax zoning requirements and offer commercial tax breaks.

“East New York has a lot of commercially zoned land that is under-utilized because of certain parking requirements needed for office development,” said Michael Hernandez, an associate vice president who handles industrial and office sales at TerraCRG. “If the city can help with parking requirements and with being an anchor tenant, it’s going to be great, especially with the residential rezoning that just took place there. It’ll give more commercial developers more incentive to take on these projects in East New York.”

Other brokers wondered if developers would be able to find parcels in the area large enough to accommodate half a million square feet of commercial development.

“It’s hard to identify a lot that would give you the amount of FAR [floor area ratio] you would need,” said Jonathan Berman, a director of investment sales at Ariel Property Advisors. “I don’t know where you would fit all that square footage in. You need to be near a subway, and you need a big footprint. In northern East New York, the only area I can think of is where Conduit [Boulevard] spills into Atlantic Avenue.”

Timothy King, a managing partner at CPEX Real Estate, said the city might have to consider using eminent domain to assemble a large site. He compared the East New York development proposal to MetroTech Center in Downtown Brooklyn, which the city created by seizing 16 acres worth of private property through eminent domain.

“When the city decided to rezone parts of Downtown Brooklyn and create a special zoning district, and Metrotech was built, the idea was to relocate office tenants from high priced Manhattan real estate to here,” he explained. “It was a struggle at first, but eventually it took off.”

When the city struck a deal with Forest City Ratner to develop MetroTech, city agencies agreed to help anchor the sprawling commercial complex. Some still occupy the project, including the New York City College of Technology (aka City Tech) and the New York City Fire Department.

And King noted that it will generate huge economic benefits for the neighborhood, creating jobs and attracting more retail and services.

“In year one or two it may still be a backwater, and employees may not be crazy about going there because there aren’t lots of services or amenities,” he said. “But as thousands of workers occupy the space, there will start to be shopping and dining. You’ll start to see retail of all types coming in. There will be dozens of landlords and developers scrambling to have something near this—a fast food restaurant, a doc in a box, a shoe store that people who work and live there can take advantage of.”