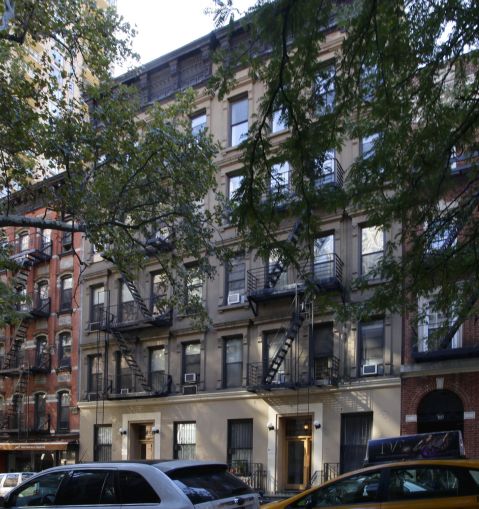 Father-and-son duo Ruby and Victor Azrak, the apparel and merchandise licensing moguls known for their work with brands like Phat Farm and Apple Bottoms, have acquired two contiguous Upper East Side rental buildings for $19.4 million, Commercial Observer has learned.

The Azraks closed on their purchase of the five-story properties at 162-164 East 82nd Street between Lexington and Third Avenues on June 15, according to sources with knowledge of the transaction.

Meridian Investment Sales represented Harbor and procured the Azraks as the buyers, according to a press release announcing the deal provided exclusively to CO. A Meridian team of Rich Velotta, David Schechtman, Jonathan Birnbaum and Mark Steinmetz worked on behalf of both sides in the deal.

The Azraks “recognized the properties’ long-term value as a very unique investment opportunity,” Velotta said in a statement.

In April, the Azraks sold sold a six-story, mixed-used building at 66 Graham Avenue in Williamsburg to investor Morris Weinberg for $11.4 million. The family had owned the building, which holds 30 rent-stabilized apartments and six retail units, since 1986.

It was not disclosed whether the pair’s purchase of the Upper East Side rental buildings, which comes only two months after the sale of the Brooklyn property, constitutes a 1031 exchange. The Azraks could not be reached for comment.

Victor Azrak also has a background in the world of apparel, having briefly managed the women’s clothing line Apple Bottoms, co-founded by rapper Nelly, in the mid-2000s. He oversaw product development, sales and design for the brand.

Harbor Group’s New York real estate portfolio includes office buildings at 55 Broadway and 24 West 40th Street, as well as retail properties in Manhattan, Brooklyn, the Bronx and Long Island, according to its website. The company sold another Upper East Side rental property, a 46-unit building at 334-338 East 79th Street, to Hawkins Way Capital for nearly $26 million in August 2015, as CO reported at the time.