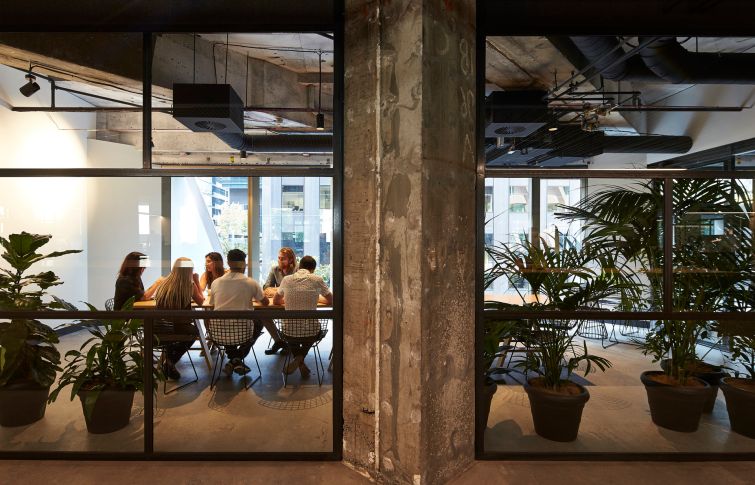 The company will occupy part of the seventh floor of the 49-story, 476,000-square-foot office tower in the Financial District.

Woods Bagot will move from 142 West 57th Street between Avenue of the Americas and Seventh Avenue to its new FiDi digs in July, according to a spokeswoman for Woods Bagot, who did not immediately provide the terms of the deal.

“After searching the entire market, Woods Bagot determined that Downtown Manhattan was the right fit for the company’s culture and brand,” Savills Studley’s Scott Weiss, who alongside colleagues Erik Schmall and Seth Wasserman represented Woods Bagot, said in prepared remarks. “We believe that they will benefit from the building’s excellent location near Wall Street, the new Fulton Center transportation hub, and major retailers and restaurants.”

Woods Bagot has more than 850 employees across 17 studios in Australia, Asia, the Middle East, Europe and North America.

The design firm plans to design its new digs with “workshops [and] model shop and design team” work areas, according to James Hickerson, an associate principal at Woods Bagot and the New York studio chair. And there will be a “virtual reality lounge,” where clients will be able to view their projects digitally.

“Finding an inspired workplace environment in the heart of Downtown Manhattan marks a significant step in Woods Bagot’s definition as an innovative and collaborative company, which reflects its New York studio while rooted in our global platform,” Hickerson said in a statement. “We are thrilled to be relocating Downtown, and we look forward to taking that energy into our studio.”

Andrew Peretz of Newmark Grubb Knight Frank brokered the deal on behalf of Tribeca Associates, which acquired the property through a ground lease signed in January last year and valued at $130 million, according to Crain’s New York Business. The lease runs through 2079. The estate of Sol Goldman owns the property.

Peretz did not immediately respond to a request for comment via a spokesman.