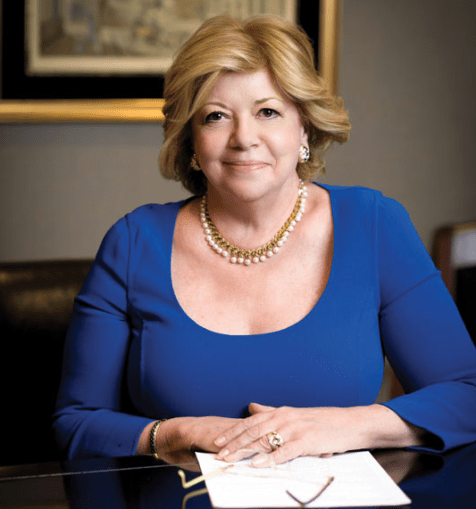 New York City is defying the downturn. Despite all the handwringing, Gotham’s favorite corridors are still attracting fabulous brands. Even newbies like Billionaire’s Row are welcoming an exciting line-up of shops. The phenomenon goes up and down Manhattan. Online and brick-and-mortar are working together, many pop-ups are testing the waters, and major holes are now being filled. Forget those doomsday prophecies: Retail in our chic city is here to stay.

Of course, every broker says this. Don’t just take my word for it. Let’s examine the relevant neighborhoods, one by one.

Herald Square. Herald Square is moving in the right direction with retailers jostling for the prime spaces as the biggest brands in retail move in. Target has taken a megastore at 112 West 34th Street, opening in October, joining Sephora and Foot Locker, directly across from Macy’s. (When Macy’s announced that it was closing stores last year, the Herald Square flagship was notably spared.) Sephora recently moved from a few doors down, showcasing their latest retail concept Beauty T.I.P. Workshop, a technology lover’s temple to all things beauty. Amazon Books continues to roll out its bricks-and-mortar stores, opening this summer at 7 W. 34th Street, in addition to their location set to open at The Shops at Columbus Circle this Spring.

Fifth Avenue. New York’s ritzy thoroughfare is embracing “shop-in-shops” plus a surge of beauty brands, jewelry and watches. Lord & Taylor has debuted the Dress Address with the city’s largest dress selection ever. The newly relocated Sephora is a visionary concept at 580 Fifth Avenue. French apothecary brand L’Officine Universelle Buly is reconnecting to its art deco roots with a shop-in-shop at Bergdorf Goodman. Boutique Cartier NYC Central Park has decided to stay on permanently. Tag Heuer joins the Avenue alongside Coach House and Stuart Weitzman at 685 Fifth Avenue.

Billionaires’ Row. On East 57th Street, a prominent Park Avenue corner that has been vacant for six years is coming back to life with the arrival of London-based men’s clothier Richard James at 465 Park Avenue. Swiss watchmaker Richard Mille will finally have its East Coast boutique at 46 East 57th Street, the retail side of 432 Park Avenue, the single tallest residential building in the western hemisphere.

Hudson Square. Downtown shouldn’t get lost in the pack. In Hudson Square, the home furnishings sector is going strong, combining clicks with bricks for an even greater impact. Bed Bath & Beyond and its born-online design subsidiary, One Kings Lane, have signed on Hudson Street.

Pop-ups continue to test the market at the same time, with established designers are trying new corridors. The Upper East Side has seen Doob at 980 Lexington Avenue and Bandier at 150 East 72nd Street; Nora Gardner popped up in Midtown South at 13 West 38th Street; Flatiron got Gwynnie Bee at 134 Fifth Avenue; and the West Village saw Sunni Spencer at 371 Bleecker Street. Soho got Daniel Wellington at 444 Broome Street and the Vintage Twin at 543 Broadway; French brand 13 Bonaparte is launching a pop-up shop on Rivington Street in the Lower East Side to test the U.S. market before its permanent opening in Los Angeles.

Retail is resilient, and New York City is where shopping always shines. Never mind the headlines that paint everything in dour tones; it’s the bright colors of window displays, dazzling new awnings and products that we need to touch, feel and experience that matter. More stores, more brands, higher quality and better service continue to redefine retail. Add the melding of online and off and so many choices from our seasonal pop-ups, and New York City shopping will always have something for everyone. Happy Shopping!