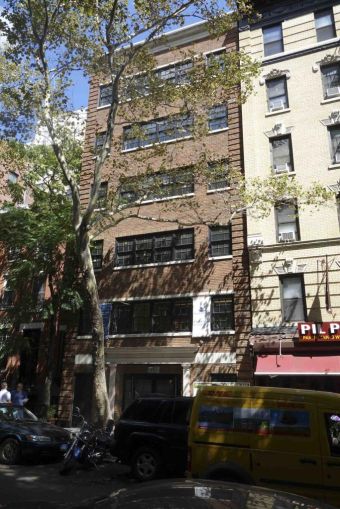 After filing for bankruptcy and suing embattled former co-owner Chaim Miller, the landlord of an Upper East Side office building has unloaded the financially distressed property for $17 million, according to property records filed with the city last week.

Moncho filed for Chapter 11 bankruptcy last June and sued Miller and Miller’s business partner, Sam Sprei, The Real Deal reported at the time. He wrote in court documents that he was “one of their early victims.” The duo has been sued nearly two dozen times since 2014, TRD noted last year.

A week later, a New York State Supreme Court judge awarded a money judgement to Crest Realties’ Aaron Drazin in a lawsuit against Sprei and Miller, according to court filings. The building at 261 East 78th Street is listed in the suit because it’s one of several properties in Manhattan and Brooklyn controlled by Miller and Sprei.

Moncho purchased the building in 2006 and then partnered with Miller in 2014 to buy it again, this time for $16 million. Sprei, on behalf of Miller, agreed to replace Moncho’s prior debt on the property with a $10 million loan from Madison Realty Capital and contribute another $4 million in fresh capital, according to bankruptcy court papers filed last fall. Miller failed to deliver the new capital, transferred a part of his membership interests to Chun Peter Dong, and took out an unauthorized loan, Moncho claims in the filings.

Earlier this year, Stuart Gross at Eastern Consolidated said he put the building up for sale on behalf of Moncho with an asking price of $18.5 million.

Meanwhile, Bank of New York Mellon, acting as custodian of a trust, moved to foreclose on 261 East 78th Street last month, TRD reported. It sought to collect $814,600 in liens that the property owed the City of New York, including unpaid sewer and water bills.