The Plan: Inside the Offices of LinkNYC’s Creators at 10 Hudson Yards 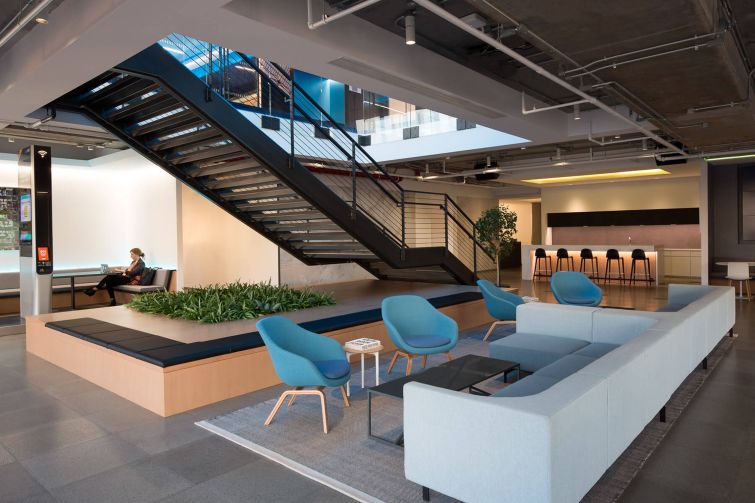 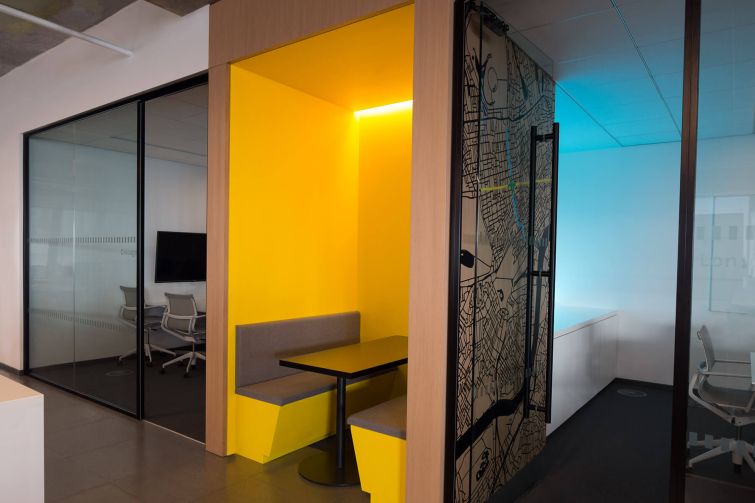 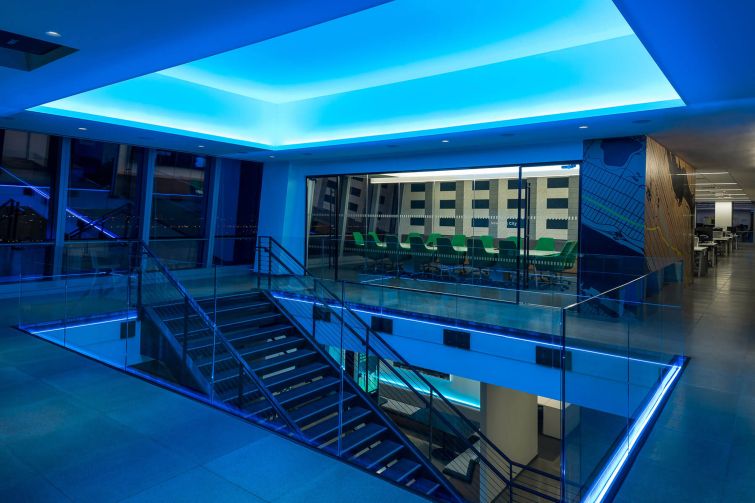 A lighting system by Ketra was placed at the top of the staircase. Photo: Thaddeus Rombauer Liam La Guerre 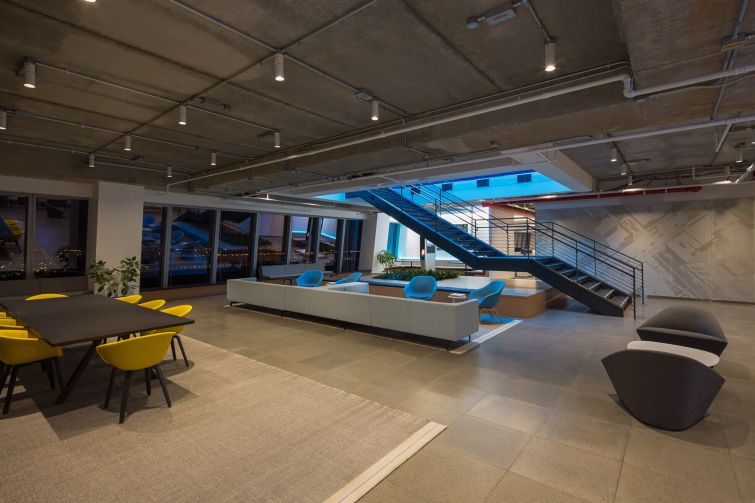 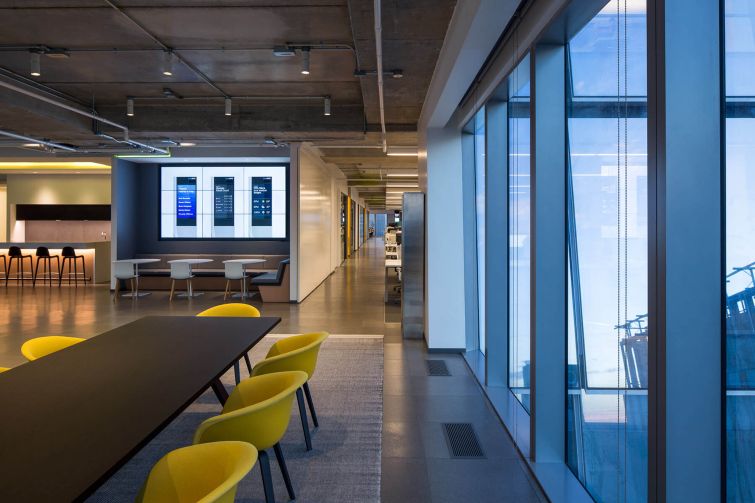 By now, most people in the city have spotted one of the 750 active “LinkNYC” devices, even if they don’t know quite what they are. (They look like a giant tablet on the sidewalk.)

The idea behind LinkNYC is that it provides Wi-Fi, phone calls, device charging, maps and other free services. There are another 175 more of these big boards currently installed with WiFi coming soon. (And there are 7,500 more planned).

And then there is one unit on the 26th floor of 10 Hudson Yards.

That device is in the offices of its creator, Intersection (a company backed by tech giant Alphabet’s affiliate Sidewalk Labs).

Intersection moved into its new digs on the Far West Side in September last year, and the unit there is more for memorial purposes as the company’s marquee device. Intersection’s new 75,000-square-foot office was designed by Design Republic Partners Architects and furnished by Meadows Office Interiors. Design Republic and Meadows aimed for a simple yet sophisticated design.

The inactive LinkNYC module sits near the base of the internal staircase, which links the 26th floor to the 27th floor. That area (dubbed the office concourse) is dotted with chairs and sofas and has a bar.

Also near the base of the staircase, the designers put up an image of an intersection etched into the concrete wall. It signifies Intersection’s theme of devices to urban landscapes, Ditmars said.

“Wallpaper is cheap and not honest to the urban environment the way concrete is,” She said.

The abundance of social spaces is critical. There are a variety of breakout rooms, gathering areas, booths and sofas scattered around the office so that Intersection’s 375 employees can relax and converse away from their open-plan workstations (the layout is notably column-free). But there are also 14 glassed conference rooms in the space that can accommodate from six to 16 people. The office also has 360-degree views of the city with glass walls.

At the top of the staircase there is a lighting system by Texas-based Ketra, which provides a variety of lighting arrangements that (thanks to glassed walls) will be seen from even outside of the office.