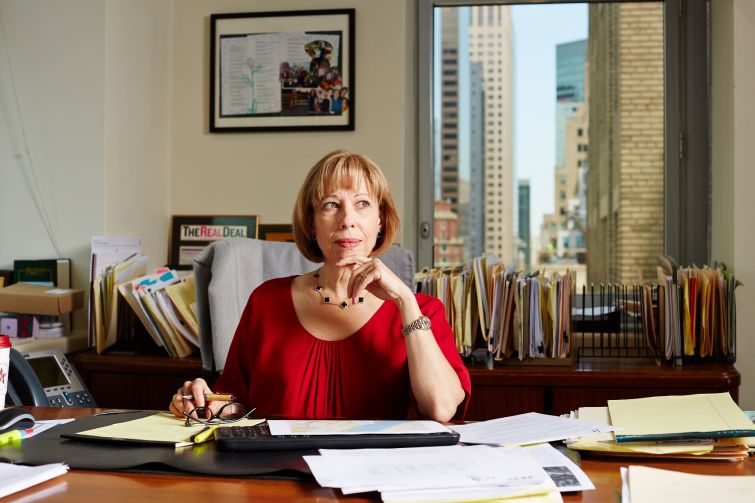 She’s bringing her team of Lansco retail brokers—Lisa Rosenthal, Herman Glaswand and Rebecca Olshan—with her to Eastern when she starts after Memorial Day.

The seasoned dealmaker will run her own team while collaborating with James Famularo, who began building Eastern’s retail platform in 2014 after leaving New York Commercial Real Estate Services. “What they’ve developed in four years with James is tremendous,” Abrams said. “They basically had no retail component and over four years they’ve become a retail player.”

In her 38 years at Lansco, she’s secured locations for a slew of national retailers, including Donna Karan, Agent Provocateur, and Citibank. Last year, she brought Starbucks, Dylan’s Candy Bar and Lush into Turnstyle, a year-old underground mall developed by OasesRE in the Columbus Circle subway station.

She looks forward to continuing that kind of work, as well as helping online retailers lease brick-and-mortar stores.

“There are really exciting e-commerce retailers who are going to be doing standalone, brick- and-mortar locations,” she said. “I think we’re really well-equipped to work with these kinds of retailers to open stores and grow their brands.”

Eastern appealed to her because she felt like she would get to keep the independence she had at Lansco. “There’s tremendous value in being able to have the freedom to build the platform and have the flexibility to grow the business,” she explained. “[At Eastern] I was impressed by their operation. Everybody I met had a lot of integrity.”

Abrams and her crew are only the most recent crop of brokers to decamp from Lansco. Three of the brokerage’s five vice chairs stepped down, and two top brokers quit, The Real Deal reported in November 2016. Lansco Chief Executive Officer Stuart Lilien told the publication, “A few of the partners have not been active recently and felt it was time to cash out.”

“There were things in the press over the last couple months about Lansco transitioning and winding down,” Abrams said, explaining that the firm was downsizing and taking a smaller office.

The last remaining vice chair at Lansco, Howard Dolch, commented, “We’re smaller than we were but the company is continuing. It’s not shutting down.”

Abrams serves on the Real Estate Board of New York’s Retail Leasing Committee and on the board of directors of REBNY’s Commercial Division. In 2013, she received REBNY’s Louis Smadbeck Memorial Broker Recognition Award, and in 2010 she won the organization’s Most Creative Deal of the Year Award.

“Robin’s industry knowledge, diverse skill set, strategic approach and global expertise make her one of the most successful retail leasing brokers in the city,” Eastern President Daun Paris said in prepared remarks. “She will be a great addition to our team of real estate professionals.