Retail: It’s Not All Doom and Gloom 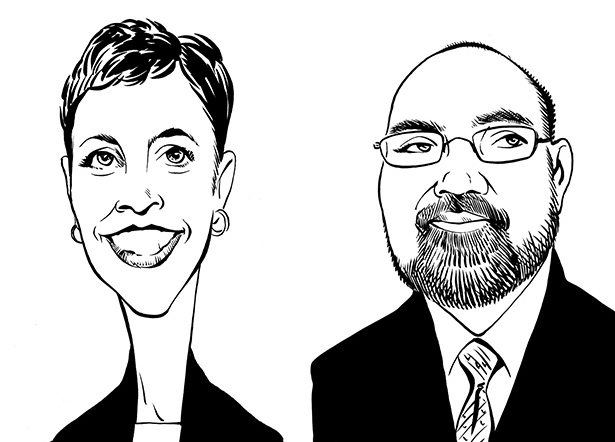 Several factors suggest that the retail industry on a national level is likely to see continued slow but steady growth—even as some investors and lenders shy away from the sector amid bankruptcy filings, store closures, and stiff rivalry from online competitors. Retail property prices have underperformed and lending activity is tepid, although rental rates and occupancy levels have rebounded to pre-crisis highs. However, as the retail landscape shifts, the property sector should remain stable nationally, buoyed by a lack of new construction and brick-and-mortar retailers’ abilities to innovate in response to increased competition.

With little new construction, the retail sector has benefitted from improving rents and occupancies after a sharp downturn following the financial crisis. CoStar Group reports that net completions are running at about one-third of pre-crisis totals. Because of this, quarterly availability has improved or held steady for the past six years, according to CBRE research, and it reported a healthy availability rate of 7.1 percent for the fourth quarter. Along with improving occupancy levels, the sector has experienced steady rent growth with fourth-quarter national rents at levels not seen since 2010.

In spite of positive fundamentals, investors and lenders are stepping back, as online retailing takes a toll on some brick-and-mortar shops. Annual e-commerce sales growth is in the double digits with adjusted e-commerce retail sales exceeding $100 billion in both the third and fourth quarters. Further, even as consumers are opening their wallets, with unemployment at 4.5 percent and high consumer confidence levels, they have shifted spending toward experiences, such as concerts and travel, rather than on tangible goods.

This shift has implications for a wide swath of retailers, as department stores, specialty stores and grocery stores are feeling the pinch. Nine retailers filed for bankruptcy in the first quarter, equal to the total for all of 2016 and on pace to exceed the peak of 18 in 2009, according to AlixPartners. Further, former retailing giants including Macy’s, J.C. Penney and Sears are closing stores, as are Abercrombie & Fitch, Staples and CVS, to name a few.

However, not all is gloom and doom. As some traditional retailers are pulling back, others that offer shoppers a more personal experience, as well as discount retailers, are expanding. For instance, Dick’s Sporting Goods has had success through its store-within-a-store concept and its extensive private-label offerings. Independent coffee shops, discounters including TJX Companies, and cosmetics stores such as Ulta are opening more locations, and some online retailers, most notably Amazon and Warby Parker, have opened storefronts to raise their profile.

Acquisition and lending volume have declined. CBRE Research reports that year-over-year transaction volume for retail properties fell by 26.8 percent in the fourth quarter, outpacing the total market decline of 20.4 percent. Retail loan originations fell year-over-year in each of the last three quarters of 2016, according to the Mortgage Bankers Association.

A closer look at retail loans in commercial mortgage-backed securities provides context to the lending narrative. While at first glance, conduit lending to retail properties appears healthy, lenders have shifted toward lower-leveraged, high-quality properties. The percentage of CMBS retail-backed loans with balances over $100 million grew by 79 percent over 2015 levels, even as the volume of loans with balances below $50 million fell 37 percent. These large loans boast an average loan-to-value ratio of 54 percent and tend to be secured by premium assets with strong sponsorship and superior locations. In contrast, for more standard loans, originators have pulled back, as volume is down and underwriting has become more stringent. Average LTV declined for each of the past three years, to 66.1 percent in 2016 from 67.5 percent in 2014