Korean Funds Are Rabid To Invest In Mezz Debt on U.S. Real Estate 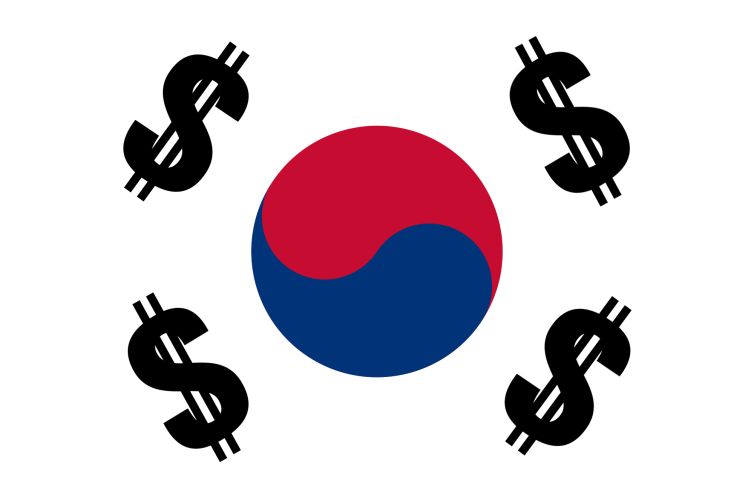 Mezzanine debt used to be mainly the purview of smaller, more nimble lenders. They would provide small slices of funds, often at double-digit interest rates, to help buyers fill in their capital stack. Some even hoped to take over the properties they were lending on, in a practice that was somewhat disparagingly called “loan-to-own.” But mezzanine debt has become a much different game.

Now, institutional funds that were historically conservative investors are hungry for mezz—if it’s on the right asset or project and behind the right senior debt.

As lenders have pulled back from construction lending, those deals have more and more often employed mezzanine financing—the portion of the capital stack that is a little riskier and a little more expensive. And even so-called stabilized deals, which are those for existing buildings not undergoing a significant renovation or redevelopment, are increasingly seeking mezz funds in their financing packages.

“This is in part as a result of lower leverage being offered by senior lenders on construction loans but also in part because of the prevalence of mezzanine capital in the market,” said Jeffrey Temple, the co-chair of the U.S. real estate group at Morrison Foerster.

“We represent a number of foreign investors who are making significant investments, in both development deals and stabilized deals, but those investments tend to be pure equity rather than mezzanine debt,” Temple said. “One exception is that we have seen some sovereign wealth funds enter the mezzanine lending space, and I have seen at least one recent transaction where an Asian investor made a large preferred equity investment.”

Preferred equity is often the next choice when mezz is not on the table, sources said. Such investments function more like debt than equity, in many ways, and most importantly for tax purposes.

“A lot of foreign money needs to invest in debt,” or debt-like products said Jeff Fastov, a senior managing director at Square Mile Capital Management. “And [preferred equity] is taxed as debt,” for many offshore investors.

The most active participants are Korean entities with particular tax needs, such as pension funds, insurance companies and sovereign wealth funds. The Teachers’ Pension and a pension fund for Korean post office employees are two of the most active investors, Fastov said.

“We have seen foreign capital flowing to every part of the capital stack, but it appears that Korean capital has been focused on high quality mezz opportunities,” said Simon Ziff, the president of brokerage Ackman-Ziff.

Last year, a group of Korean insurance companies plunked down a whopping $220 million in mezzanine debt on the AXA Equitable Center at 787 Seventh Avenue, as Bloomberg News reported at the time. The Teachers’ Pension, meanwhile, provided $100 million in mezzanine debt on the Westin St. Francis hotel in San Francisco with help from some other funds who were not disclosed.

More recently, Korean funds took a $45 million mezz section of the refinancing of 1166 Sixth Avenue by Edward Minskoff earlier this year, said an investment manager who asked not to be named. And at 245 Park Avenue, the new owner took a substantial mezz portion—a source close to the deal said $568 million—which involved “a lot of Korean money,” according to the anonymous fund manager. Chinese conglomerate HNA Group bought the tower for $2.1 billion in March, as The Real Deal first reported. HNA could not immediately be reached for comment.

While Minskoff declined to discuss the terms of any financing, he said he appreciates the professionalism of working with Korean funds. “From my perspective, it’s great to have them in the deal,” he said.

The Korean investors prefer to provide the junior debt in large CMBS deals and some senior mortgages by insurance companies, Fastov said. “A lot of 10-year, fixed-rate money is all Korean,” he said.

Even as new mezz platforms are sprouting up by the week in the U.S., as many real estate investment companies and private equity firms are now opting to have their own, Koreans are still by far the most active in providing mezz funds, sources said. The reason is simple: pricing.

The Korean funds are undercutting the U.S. insurers, who’d usually be taking those portions of deals, according to the fund manager. He said Korean funds are taking lower return—as low as 5 percent but often Between 5.5 and 6.5 percent—whereas an American company would ask for around 8 percent or even as much as 10 percent to take on the unsecured debt.

Korean pension funds in particular have hundreds of billions they need to invest and with their domestic bonds yielding under 2 percent, often, U.S. real estate debt is an obvious call with its higher returns and relative safety.

And of course, as appetite for mezz both domestic and foreign has grown, companies have gotten creative to meet demand.

“The higher leverage nonbank [lenders] are effectively mezz and preferred equity lenders as they are often bifurcating their loans after close into a senior and junior tranches,” Ziff said. “They’re effectively manufacturing higher yielding sub debt.”