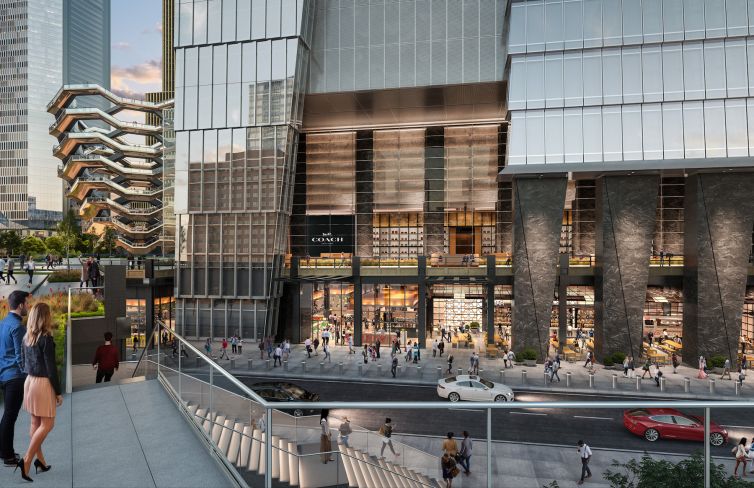 Andrés is teaming with brothers and renowned Spanish chefs Ferran and Albert Adrià on the indoor-outdoor concept, which will anchor 10 Hudson Yards’ food offerings and represents the Adrià brothers’ first endeavor in the U.S.

The space in question was previously being eyed by restaurateur Danny Meyer as a possible location for Meyer’s own food hall, according to the New York Post, which first reported the news of the Andrés-helmed concept.

Asking rent, length of lease and the brokers on the deal were not disclosed. A Related spokeswoman did not return a request for comment.

Andrés joins a collection of high-profile chefs and restaurateurs who are bringing around 25 different restaurants and establishments to Hudson Yards in the coming years, including the likes of Thomas Keller, David Chang, Juan Santa Cruz and Michael Lomonaco.

While the new Spanish-themed food hall will be at 10 Hudson Yards, most of the new food concepts arriving at the Far West Side megadevelopment will be located at the Shops and Restaurants at Hudson Yards—the seven-story, 1 million-square-foot retail center anchored by Neiman Marcus that is slated to open late next year.

That selection will also include Chang’s newest endeavor, which will occupy 5,000 square feet at the Shops and Restaraunts and will feature a formal dining room as well as a new takeaway concept, according to a Related press release.

“I think [Hudson Yards is] going to have a world-class food program and I’m really honored to be part of that,” the Momofuku restaurateur said in a statement in the press release.