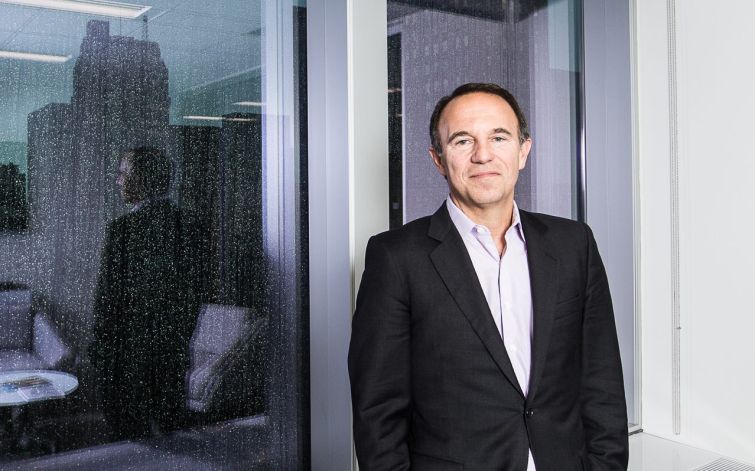 At this year’s International Council of Shopping Centers’ RECon Las Vegas, Kenneth Bernstein will be conferred as the global trade association’s chair for the upcoming one-year term. The president and chief executive officer of Acadia Realty Trust called the new post “a great honor and responsibility.”

Bernstein, who has been the vice chair of ICSC for the last year, will be at the helm of the 70,000-plus-person strong global trade association for the shopping center industry. Meanwhile, he helps run the Rye-based Acadia, a publicly traded real estate investment trust with a national portfolio, which he co-founded in 1998 with since-retired Ross Dworman.

Commercial Observer recently sat down with Bernstein at Acadia’s satellite office at 330 Madison Avenue between East 42nd and East 43rd Streets to talk about ICSC business, sales taxes and the future of retail.

Commercial Observer: What does the ICSC chair position entail?

So it’s not just about conferences!

No. One is the communications, the other is advocacy in Washington, D.C. There’s a host of legislation out there that needs to be improved. It’s a big part of what we do. It’s worldwide although the majority of our advocacy efforts are here in the United States where we will then try to lead by example. For example, ICSC has been taking the lead in trying to get marketplace fairness to enable local states and municipalities to collect the sales tax they deserve; they’re entitled to by law but cannot collect from certain online retailers. There isn’t an actual bill yet. ICSC is simply responding to the House GOP blueprint released last June.

…to empower interstate commerce to empower the local municipalities [to collect the tax] that they are entitled to. It’s not a new tax. But it’s requiring a retailer in Maine to collect the sales tax and remit it to New York City, if the shopper is in New York City, otherwise when you shop online, theoretically you could say, I don’t have to pay sales tax. And the reason that’s not fair is you’re using New York resources—you’re going into a store in New York City looking at the product and then perhaps buying it online. The law requires you to pay the sales tax. When you don’t, theoretically you’re committing a violation of New York City law.

Are there any other aspects to ICSC’s mission?

The third thing is bringing together the retail real estate community and the retailers and their advisers to various conferences, education—ICSC ReCon is an example, [as is] New York City’s ReCon, which is growing and up and coming. Next year it’s going to be the biggest it’s ever been. We’re moving upstairs in the Javits Center, [increasing] the amount of capacity [to 870,395 square feet from 853,860 square feet last year].

I saw the letter, which some of the recipients found to be impersonal and formulaic. What was the idea behind disbanding this long-running committee?

I think many of them are still going to be involved.

You’re keeping five of the old members. The rest have been told, thank you for your service.

ICSC is a volunteer organization that needs to make sure it’s constantly bringing in new volunteers and utilizing as many people as it possibly can. I think it’s a misnomer to suggest that people who are interested in helping and have the time and bandwidth to do so aren’t going to be embraced—they are. [But] if you have the same people for 100 years, at some point you’re going to have a bunch of 100-year-olds. If you want make sure you’re constantly developing the next generation of volunteers…

You want to start fresh?

Not me. This is ICSC. And it’s not starting fresh. It’s just rejuvenating it. The New York conference is going to grow into a more national and in fact international conference.

Are you the first New York City chair?

A little of both—half and half.

Where do you live?

Irvington, Westchester, [N.Y.] I was born and raised on the Upper West Side.

Where’d you go to school?

A school called New Lincoln [a now-defunct private school] for grade school up on 110th [Street]. And then out to Poly Prep [Country Day School] in Brooklyn.

Did your family move there?

No, it was a long commute.

Why did you go there?

Let’s hear it. You can’t give a condensed version?

At the time, I was looking for a school with a broad sports program, and my parents were looking for a school that also had strong academics. Poly fit the bill. My father and uncle had both gone there, so they were confident that the school would whip me into shape. I was the only one from Manhattan.

How old are you?

Yes. Two kids in college—[Jessica, 22] graduating this month from Vanderbilt [University, in Nashville, Tenn.], and the other, [Alex, 19] is a freshman there.

How much is in Acadia’s portfolio? According to your latest earnings report, the assets were $4.01 billion.

And that’s an accounting number. It’s not necessarily incorrect or correct. It depends how you choose to think about it. The best way to explain it is we operate under what we call a dual platform. The publicly traded REIT owns just about $3 billion of wholly owned core assets. The REIT is also the sole general partner of a series of buy-fix-sell investment funds, with asset values of probably a couple of billion dollars. We only own our pro-rata share of the funds. We’re the general partner. We invest a little over 20 percent, and then there are different profit incentives in other ones. So depending on how you choose to measure our share will determine the precise amount that is accounted for.

Core is over 10 million square feet…70 percent is in what we call the street and urban component—Madison Avenue, Tribeca, North Michigan Avenue in Chicago. Thirty percent is traditional suburban retail. About 85 percent of our value is in the key gateway markets of the New York tri-state area, D.C., Boston, Chicago, San Francisco.

What’s your most interesting recent deal?

There were a bunch of delays in opening City Point. Why was that?

So the great news about owning in big urban markets is the density and the vibrancy—and one of the negatives is it’s very complicated, and any developer needs to be prepared that sometimes things take longer. As we added more food and [worked] through the various systems and approvals [it took] a bit longer.

How many retailers are there open now?

Right now there is Alamo Drafthouse, Century 21, Target, and we just opened Flying Tiger [Copenhagen] on the street level. And then hopefully next month the food downstairs opens.

When will City Point be open, done, complete?

I think, once the lower level is open and activated, that will be a critical milestone. But, I would also say that Downtown Brooklyn is going through such a transformation. The park that is being built on Gold Street [Willoughby Square Park], which hopefully is a year or so away, is going to change Gold Street. There are four other projects right across the street from us—hotel, office, residential—that while we could argue that City Point will be done and complete in the next year, I think the next five or 10 years are going to be game changing for Downtown Brooklyn. And so I don’t know that City Point is ever definitionally completed. I think it’s gonna evolve. The ability to have the subways right there, have a couple million square feet of new residences on our site or across the street in either direction argues that this is going to evolve for years if not even longer.

The retailers at City Point will be there for a while.

There’s always change. We still have Gold Street to lease. That’s why we’re holding an inventory—a certain amount of that space where there may be shorter leases as this area develops.

What is your favorite real estate market?

Whichever one we are actively involved with [laughs]. These aren’t my children. Each of these has strengths and weaknesses. My kids don’t. My kids are perfect. The ones that excite me the most are where we can connect the dots, where we can find the right retailers to meet the needs of that shopping community in a way that works for everyone. I am as excited about City Point…But I’m also very excited about what we’re doing on Rush Street in Chicago, or Clark and Diversey in Chicago or the densification of our City Center in San Francisco.

How are you guys dealing with the disappearance of the big-box retailers?

I think it’s not as simple as the “disappearance of the big-box” because the big-boxes are not disappearing. And the small retailers are not disappearing, but several of them have issues. We are at a unique period where there seems to be a combination of cyclical and long-term trends combining to create a lot of confusion and distortion. Cyclical headwinds have been around for as long as retail has, but there are also changes in shopping patterns. E-commerce is a factor, but it’s not nearly as big a factor as some of the other components.

If it is in a tourist-centric market, the strength of the dollar over the last several years is probably more impactful than e-commerce. If you’re in a location where the economy has weakened, it’s about the economy stupid—and if you are referring to a retailer who has lost their way, either because they became overleveraged or just uninspiring, they didn’t lose their shopper to e-commerce, they lost their shopper to a dozen other things. It is way too easy to point to Amazon and say it’s all because of Amazon. The reality is some retailers are making the shift and making the shift successfully. Omnichannel is the future, meaning it is hard to envision a world five or 10 years from now where the best retailers are not both active in terms of an online channel and bricks and mortar. It is highly unlikely that even Amazon, the most successful of the pure play online, remains online only. You’re seeing initiatives already where Amazon is opening stores. You’ve seen that successfully with Warby Parker, Bonobos, and you’ll see a host of others…I’m not predicting when the transition occurs, but you should expect successful online retailers will start recognizing and accounting for the cost of delivery and that will bring them to bricks and mortar as a portion of their channel.

Anything you want to add that I didn’t ask?

Yeah. We recently launched [in the fall] our Fund 5, $1.5 billion of buyer power. All of that powder is dry. Given all of the noise around retail and our long-term confidence in high-quality retail, we’re going to see some great buying opportunities, and we’re looking forward to wisely investing that money in the next three years or so. 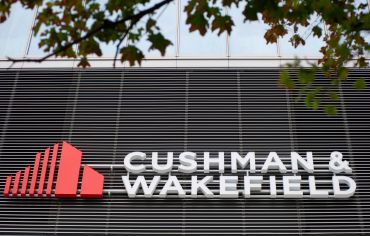 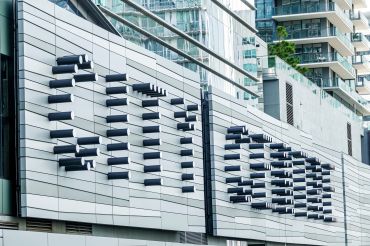