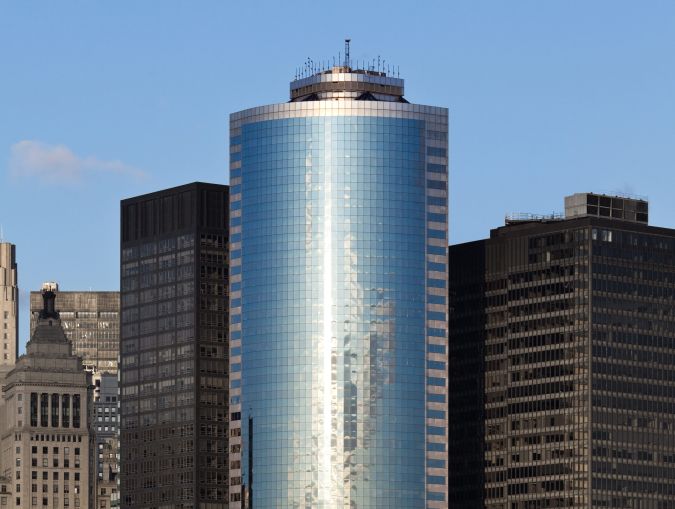 In the larger transaction, consulting firm EnTech Engineering has signed a 14,500-square-foot lease to relocate to the building across from The Battery (formerly known as Battery Park).

The company, an adviser on construction, engineering and environmental inspection, safety and health, will occupy the entire 36th floor of the 42-story building. EnTech is set to relocate in July from 11 Broadway between Battery Place and Morris Street. The asking rent in the deal was $72 per square foot, according to a spokeswoman for the landlord, who declined to disclose the length of the deal.

“EnTech Engineering has experienced tremendous growth over the past few years and required a new space for its expanding operations,” AJ Camhi, the director of leasing at RFR Realty, said in a statement. “Each of the executives and employees will benefit from the exceptional location, prestige and breathtaking water views.”

Camhi represented RFR in-house, along with a team from JLL that includes Mitchell Konsker, John Wheeler and Clayton Kline. Jonathan Fein and Jenna Catalon of Cushman & Wakefield represented Entech Engineering. Fein declined to comment on the transaction, according to a C&W spokesman.

Meanwhile, global forensic accounting and business litigation firm StoneTurn Group has renewed its lease of 7,234 square feet on part of the 26th floor of the 570,696-square-foot office tower.

The tenant has been in the Emery Roth & Sons-designed building since 2014. But the landlord declined to release information about the length of the transaction.

Robert Wizenberg of CBRE, who brokered the deal for StoneTurn Group, did not immediately respond to a request for comment via a spokeswoman. Camhi and the JLL team also worked on this deal for the landlord. The asking rent was $68 per square foot.

These new deals come on the heels of a large expansion in January by technology company IPsoft. The firm signed a deal to renew and expand its offices at the building to approximately 140,000 square feet, as CO previously reported. It had nearly 98,000 square feet and added 41,700 square feet. And commercial insurance provider Herbert Jamison, which has been a tenant at the building for almost 25 years, recently renewed its 4,752-square-foot lease at the building.