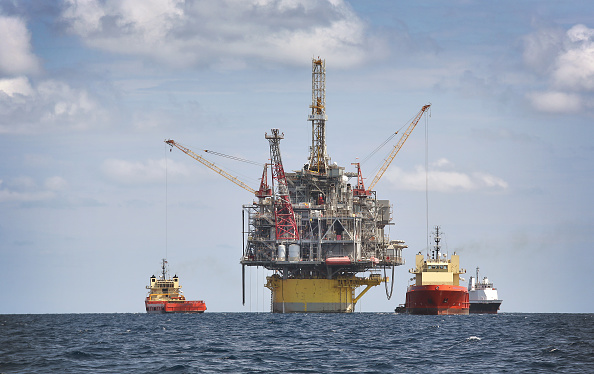 Offshore Drilling in the Gulf of Mexico. Photo: Gary Tramontina/Corbis via Getty Images

Oil prices may be on the rise, but CMBS loans in oil-dependent regions are still suffering. In fact, the number of loans at risk of default has actually increased over the past year, according to a report by Kroll Bond Rating Agency shared first with Commercial Observer.

Fifteen months ago KBRA designated 38 CMBS 2.0 loans ($684 million in principal balance) as oil-exposed “loans of concern,” meaning loans that are either in default or at heightened risk of default. That number has since risen to 83 loans, or $1.1 billion in principal balance. Further, 35 of those loans are in special servicing and 28 loans have been assigned appraisal reduction amounts totaling $148 million.

The loans of concern are in energy-related markets including Louisiana, Montana, New Mexico, Oklahoma, Pennsylvania, Utah, Washington and West Virginia. Many are collateralized by lodging properties, which have felt the brunt of reduced demand from oil workers and energy-related industries.

Although oil is now trading around $50 per barrel—compared with $30 per barrel a year ago—employment in the energy sector has not fully recovered. Consequently, fewer jobs have resulted in weaker property fundamentals in oil-dependent regions. “Property cash flows have been unable to support required debt-service payments and collateral values have fallen below origination proceeds, which prompted a number of loans to become delinquent,” analysts wrote.

North Dakota has a particularly high concentration of oil-related employment, and KBRA has upped its weighted average loss severity estimate to 76.7 percent from 63.7 percent for the state. The oil-rig count in North Dakota reached 189 in September 2014 before falling to just 22 in May 2016. The count has since doubled to 44, but that number is still 75 percent below 2014 levels.

Loss estimates for Texas have also increased sixfold, to 14.9 percent from 2.6 percent, primarily driven by the lodging sector.  In Houston, however, an uptick in office vacancies is contributing to the pain, as a wave of new office supply came online while energy companies were busy reducing their space requirements.
With oil production and oil-rig counts increasing, renewed growth in energy-related industries may be around the corner, analysts wrote. However, any recovery is likely “too little, too late,” for more than one third of the oil-related loans of concern that are either 90 days delinquent, in foreclosure or real estate owned, and those loans’ transactions will likely experience losses and downgrades.