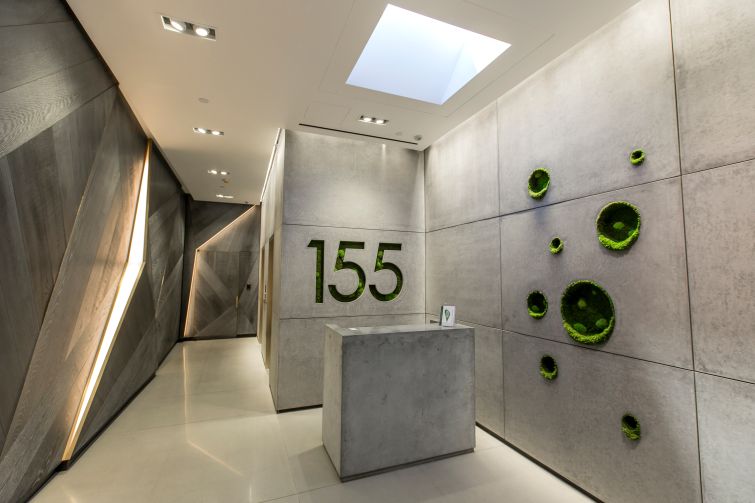 The Chicago-headquartered company will occupy the entire top floor of the 12-story, Chelsea building between Avenue of the Americas and Seventh Avenue in the summer. The space comes with a 1,000-square-foot roof deck. The asking rent in the five-year deal was in the mid-$70s per square foot.

“As [Raise] ventures east to New York City, we’re confident that the amenities, space and Midtown South address will afford the company the opportunity to establish a brand presence and experience the same growth as it has in the Midwest,” Grant Greenspan of Kaufman Organization said in a statement. “Kaufman’s strategic rebranding campaign at 155 West 23rd Street, among our other properties, aims to attract growing business ventures like Raise.”

Raise offers consumers up to 30 percent in savings on gift cards from brands like Starbucks Coffee, Nike and Gap. Since its founding in 2013, the startup has raised more than $87.2 million, according to Crunchbase.

Greenspan alongside colleagues Jared Sternberg and Aron Orbach handled negotiations in-house for Kaufman, which operates the property under a ground lease obtained in 2015 in partnership with Goldman Sachs Asset Management Private Real Estate.

Kaufman completed a $10 million renovation of the property recently, which included a gut renovation and installation of new plumbing and electrical systems, as well as a modern lobby design by architecture firm Design Republic, as CO previously reported.

Raise did not have a broker in the lease for its New York City office.

“New York is the hub for retail and [financial technology] and we are confident this office will allow us to continue to grow our retail relationships as well as hire top talent,” a spokeswoman for Raise said via email. “Centrally located in the heart of Manhattan, this office is nearby our investors, many of our retail partners, and offers wonderful amenities close by.”