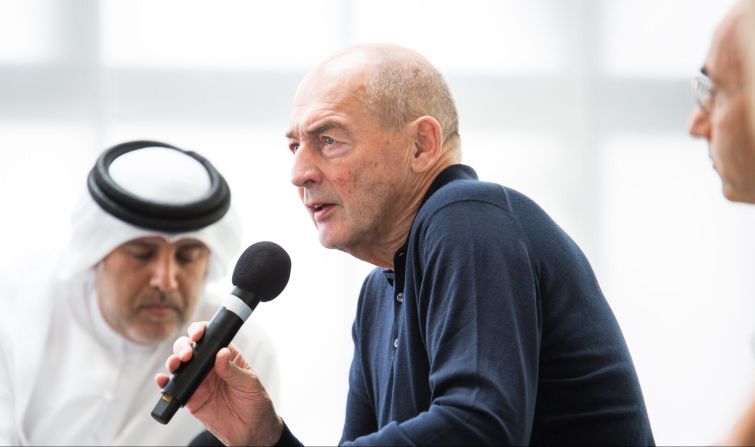 Writer, urbanist, magazine founder, the namesake of an architecturally themed ice cream sandwich manufacturer…Rem Koolhaas is many things. So many, in fact, that it’s almost easy to lose sight of the fact that he’s a Pritzker-prize-winning architect with billions of dollars worth of projects underway around the globe.

In the age of “starchitecture”—a term he despises—Koolhaas is post-starchitect, interested in the ideas that underpin architecture (and subverting them) first and foremost. Koolhaas, the founder of the Office for Metropolitan Architecture (OMA), based in his native Rotterdam, doesn’t shy away from controversy. After his Beijing CCTV building resulted in a moratorium on “weird architecture” in the country, he defended the structure, saying it was good for the country (the Chinese internet had erupted with accusations that the building was either representative of female genitalia or resembled a figure squatting over a toilet).

Koolhaas, 72, has a history of opining on and influencing a city long before he builds in it. His 1978 book Delirious New York told New Yorkers about our own urban fabric, but he still hasn’t built a thing here. (However, that’s about to change. Toll Brothers’ condominium project at 121 East 22nd Street, which he’s designed, should be completed by fall of 2018.)

Similarly, Koolhaas’ influence on the architecture of Dubai was taken as a given for the last decade. But, funny enough, his first architectural contribution to the city wasn’t completed until recently, when Concrete, an event venue that is currently hosting a showcase of Syrian Art, was unveiled in March of this year. (The great irony was that in a city known for the world’s highest spire, Concrete stands only two stories tall.) Nonetheless, OMA’s use of all locally sourced materials and movable walls to better enable the display of art make it pioneering in other ways.

We met with Koolhaas at Concrete’s premiere in Dubai and talked about the relative importance of shape and how it may finally take a back seat to the performative quality of urban spaces, a change he welcomes. And that’s as close to a prescriptive statement as you’re likely to get from the beloved urbanist (he also hates “trends”). So sit back, snack on a Coolhaus snickerdoodle and salted caramel sandwich and consider architecture’s “incipient themes” with the man who figured out our city before thinking about cities was, like, even a thing.

You’ve said Dubai, as a prototype, forced you to rethink some assumptions. What were those assumptions? And how can that be relevant in other cities?

I think [Dubai is] a complicated situation. In a typical situation, serious architecture is an exception in an otherwise generic [context]. In New York, 99 percent of the buildings used to be neutral or indifferent or whatever and then there were some exceptions. In Dubai in that period, everything was an exception and so it…forced us to reconsider how supposedly serious architecture can coexist in such a situation or be plausible in such a situation. Some people think the architecture here is ridiculous. I always felt that it’s very challenging, also in terms of how, within this context, you can articulate what you want to do and what people might need and what they might want.

It’s obviously very centralized here. You’ve also said you have a lot of admiration for the rulers in the UAE, for the ruler of Dubai…because of how the city was made.

You generalize. Yes, what I respect is the involvement of the rulers in their own reinvention of their own territory. It’s more the involvement that I found touching. There is the well-known photograph in the 1970s of the ruler sitting on the ground …It’s the beginning of modernization [of the UAE], and the [rulers] are there as [active players]. And that is un-American and un-European. And I find that exciting.

Would it be more fun to work in Europe if there was that kind of decision-making?

I’m not sure. It’s not that I think there are conditions here that I would like to import. It’s more that the entire situation, and the moment of the situation occurs with great economic opportunity. And I don’t think you could imagine it anywhere else. Of course, there are similarities with China; there are similarities with countries like Kazakhstan that are emerging. It challenges everybody who is involved with it to come up with new ideas.

What were your initial impressions of Dubai?

When I first came, there were two things: It was a city in the making, and almost every day you saw new things. For that reason, it was perhaps the strongest demonstration of how cities are made today. There were a lot of interesting things. A lot of improvised things. There seemed to be a lack of coordination, but it was at the same time releasing a lot of creativity. Maybe also chaos? I like the fact that it’s not very pedestrian. Cars and people kind of share the same space. So it has a roughness. We hope that some of that quality will stay.

What has changed since the crisis hit, when all the projects stopped?

Prior to 2008, the infrastructure was catching up. There was an intense race. The basic fundamentals of the city, the road, the transport, the energies. The developers were mainly semi-government organizations. In 2008, the development came to a complete halt, which gave the infrastructure of Dubai an opportunity to almost formulate itself. 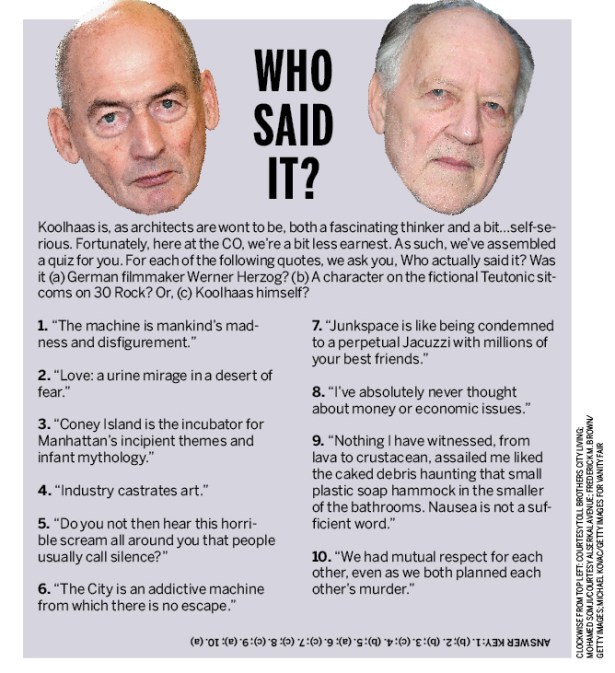 What’s your favorite building in Dubai that you did not design?

Well, since I didn’t build anything before this one there is little risk that I would name my own building. But I never answer that question because I think it’s the ensemble which is truly amazing. There are areas—for instance in the marina—where…there is no obsession with orthogonal organization or any organization at all.

Is the age of the starchitect coming to a close?

I’ve always argued against that. I think it’s a monstrous invention of journalists, which created a lot of damage. It would be presumptuous to say it’s the end of the age of the starchitect. The problem with that term is that it denigrated a lot of architecture, [because] there were always architects who did exceptional things. And if you look at it in terms of radicality of shape, it was in a way a crazy mistake… a bad label for architects, and secondly, it was not a new phenomenon. People, but also journalists, are more interested in beginning to write about performance [and functionality of the building]. The architecture critic of the Financial Times wrote a review that was all about performance. That was very good to see.

Why is that a good sign? That’s a larger trend, looking at performance? And how are you seeing that manifest?

I rarely talk about my favorites or about trends. I don’t really see trends.

A version of this story appeared on our sister site Observer.com, previously. 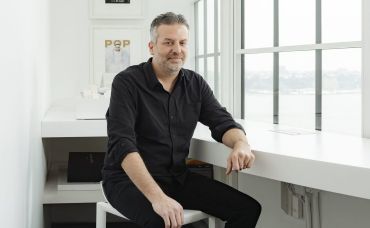 Populous’ Jonathan Mallie on Designing Entertainment Venues of the Future 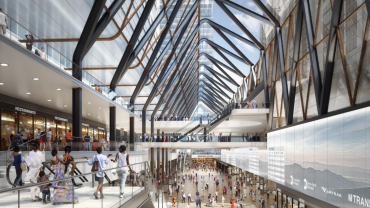