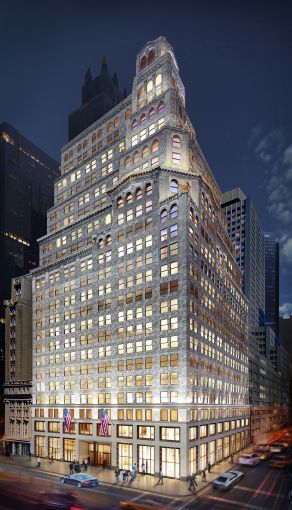 Unispace, a global strategy, design and construction firm, has signed a lease for 7,100 square feet at 285 Madison Avenue—more than double the amount of space it occupies now, Commercial Observer has learned.

The deal at the RFR Realty-owned property is for five years on part of the 18th floor, Timothy Markham, the head of business development in New York for Unispace, told CO. The asking rent was $73 per square foot.

The global firm, which has 35 studios around the world, will head to the new space between East 40th and East 41st Streets on May 1. Unispace will relocate from its current 3,100 square feet at nearby 295 Madison Avenue.

“We are very excited about the amenity-rich building and our very own outdoor terrace,” Markham said. Among those amenities are a “rooftop open to all tenants, [a] gym in [the] building, our own terrace [and] communal space [near the] lobby,” he wrote in an email.

MHP Real Estate Services’ Catherine Vilar represented Unispace in the deal and RFR’s AJ Camhi represented the company in-house. Vilar declined to comment via a spokeswoman while a spokesman for RFR didn’t immediately respond to a request for comment.