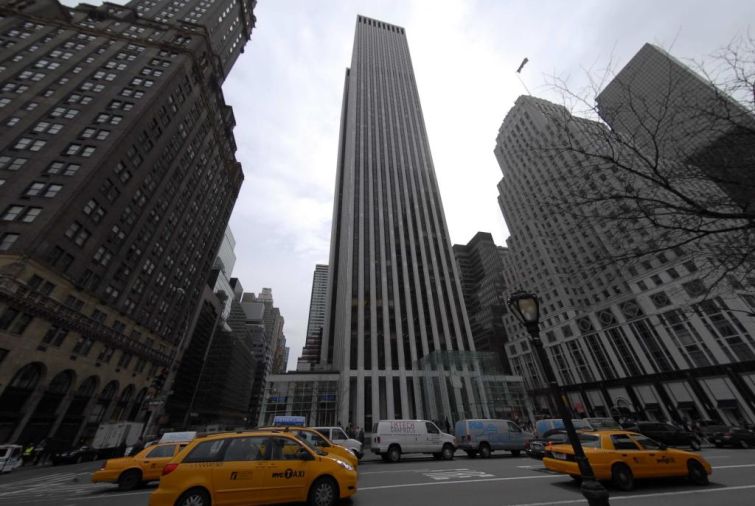 Boston Properties is close to refinancing the iconic GM Building at 767 Fifth Avenue with a whopping $2.3 billion loan from a syndicate of banks led by Morgan Stanley, sources close to the deal told Commercial Observer.

The real estate investment trust has locked in an interest rate of 3.43 percent on a 10-year loan they expect to close in June, the chief financial officer said on the first quarter earnings call this morning. That loan will replace a $1.6 billion loan, the term of which would expire in October. The new syndicated loan is partially funded by Wells Fargo, according to one source, who declined to name the other lenders in the deal.

Wells Fargo declined to comment on the pending transaction and a spokesperson for Morgan Stanley was not immediately available.

The loan was part of the Deutsche Bank-sponsored COMM-2005-LT5 commercial mortgage-backed securities transaction until 2007. It was then assigned out of the security and back to Deutsche Bank, which took the existing $800 million loan, provided a gap mortgage of $500 million and consolidated the two loans into a first mortgage of $1.3 billion. The debt was subsequently assigned to Hypothekenbank—previously Eurohypo AG—in 2008, and finally to Wells Fargo in February 2014.

As such, Wells Fargo was the most recent lender on the property, providing  $1.3 billion in senior debt and $306 million in mezzanine debt, which will now be replaced with the behemoth $2.3 billion Morgan Stanley-led financing.

The loan is not a done deal, according to a statement from the REIT on its first quarter earnings report: “there can be no assurance that the financing will be consummated on the terms currently contemplated or at all,” the statement reads.

The GM Building—once owned by our president—is the definition of a trophy property. Boston Properties bought the 50-story tower with its instantly recognizable glass cube Apple store in 2008—with some help from Middle Eastern funds—for approximately $2.9 billion. Boston Properties snagged it from Harry Macklowe in a larger deal for four towers, when the latter was about $7 billion in debt after real estate values soured during the financial crisis.

In 2014, the minority owners—Middle Eastern sovereign wealth funds and Dubai-based private equity shop Meraas Capital—sold their stakes, which totaled 40 percent of the building, to Chinese real estate developer Zhang Xin‘s family and an investment fund affiliated with Brazilian banking magnate Moise Safra. That transaction valued the building at $3.4 billion, as Bloomberg News reported, and made the property the most valuable office building in the U.S. at that time.