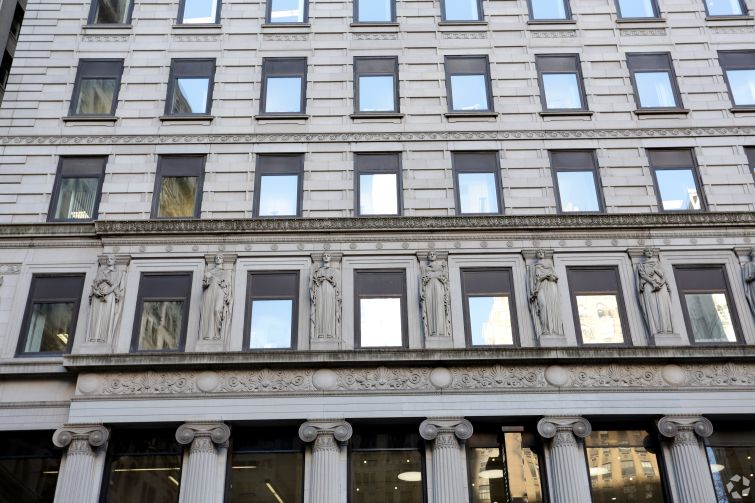 They each signed 10-year leases in the 18,000-square-foot range in the Northwood Investors-owned property between Wall and Pine Streets, according to information from Newmark Grubb Knight Frank. The asking rent was $57 per square foot.

MM.Lafleur, a women’s apparel start-up, sells clothes and offers styling services online and at its flagship showroom at 611 Broadway between West Houston and Bleecker Streets. It will move its offices from there to the 18,986-square-foot third floor, according to a MM.Lafleur representative. The showroom will remain at 611 Broadway.

“We’re moving to accommodate the growth of our team and operations,” the MM.Lafleur representative emailed.

IA Interior Architects, which bills itself as the first global architecture firm focused exclusively on interiors (it was founded in 1984), will move into its 17,625-square-foot offices on the 12th floor at 100 Broadway from 257 Park Avenue South between East 20th and East 21st Streets.

Northwood Investors acquired the 24-story property (22 stories with 360,000 square feet allocated for office tenants and two floors comprising 40,000 square feet for retail) from Madison Capital in August 2013 for $150 million, property records indicate. Tenants in the building include apparel company Tommy John, which took over the 11th floor this March,  women’s retailer Tibi, which moved onto the 16th floor last December, and Emerald Expositions, an operator of business-to-business trade shows, which has occupied the 14th floor since last May.

A spokesman for JLL didn’t immediately respond with a comment from Higgins.

Update: This story was edited to reflect that MM.Lafleur’s showroom will remain at 611 Broadway, and includes a comment from a company spokeswoman.