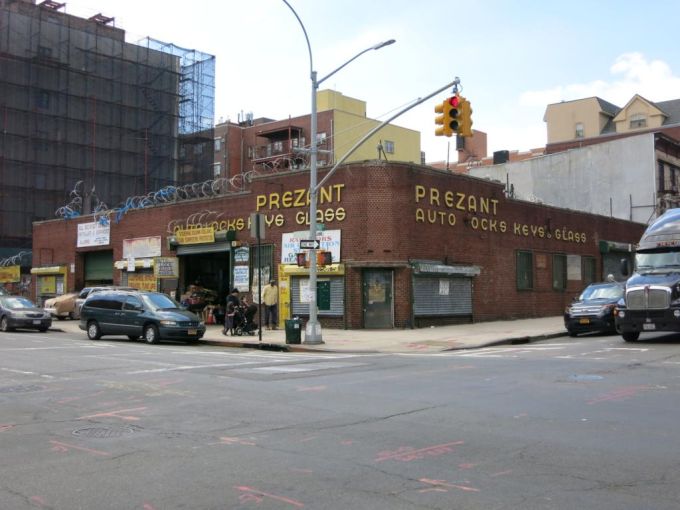 A group of local investors has picked up a development site for $12 million at 814-826 Bedford Avenue in northern Bedford-Stuyvesant, where they plan to build a hotel and synagogue.

The 12,725-square-foot assemblage at the corner of Park Avenue changed hands for $1 million above its initial asking price, scoring $314 per buildable square foot. The sale closed on March 30, according to public records, and was recorded with the city yesterday. The property includes a single-story auto-glass shop and two adjacent vacant lots.

The buyers filed plans with the New York City Department of Buildings last April to put up a five-story hotel and synagogue. They expect to move forward with those plans, except that the hotel portion of the project may become apartments, according to information from Marcus & Millichap, which represented both sides in the deal.

The sellers, the Prezant family, have owned the site since 1970. They were able to fetch a higher price per buildable square foot than similar properties nearby because there are so few development sites in the fast-growing, Hasidic part of Bed-Stuy.

“It’s one of the few larger sites remaining in the neighborhood that’s undeveloped,” said Marcus & Millichap’s Jakub Nowak, who brokered the sale with colleague Jason Grunberg. “It offers unique economies of scale for a developer. It’s a corner site.”

Ultimately the location—which is across the street from a new synagogue and surrounded by new residential buildings catering to the Orthodox Jewish community—played an important role.

“One of the main reasons it sold for the numbers it sold for is because it’s so close to the community,” Nowak explained.

Development sites in the area typically go for prices in the low to mid-$200s per buildable square foot, said Nowak, who added, “I think that’s a function of a lot of deals happening off-market and not taking advantage of a broker to market their sites.”

The buyers, using an LLC, are based nearby in Bed-Stuy, according to public records. There are several Hasidic investors involved in the deal, including the buyers of the nearby Cascade Linen site on Myrtle Avenue, and Juda Klein of Parkview Management, sources familiar with the sale told Commercial Observer.