Aldo Relocating in Soho to Smaller Digs at 556 Broadway 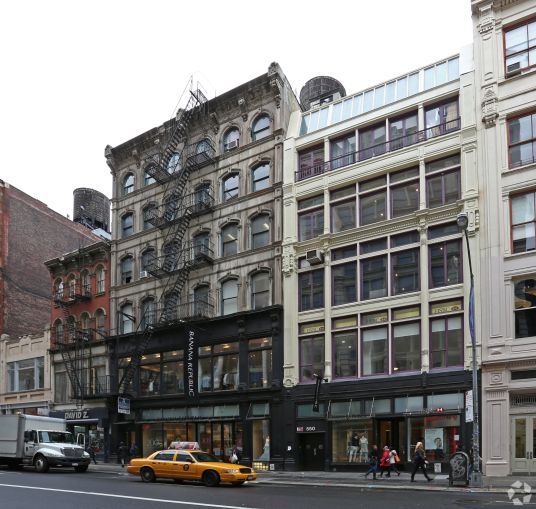 Finding its current digs in Soho to be a tad too large, Aldo is moving across the street to a smaller footprint, Commercial Observer has learned.

The footwear and accessory retailer is moving to 2,500 square feet on the ground floor at 556 Broadway between Spring and Prince Streets, according to information provided by CBRE, from 579 Broadway. Plus Aldo got some space below grade in the six-story Royal Crospin-owned property. The lease is for 10 years, according to CBRE, whose Amira Yunis and Anthony Stanford represented Aldo in the deal, which was done directly with the landlord. The asking rent was $2 million per year.

“Their former store was performing well, but [is] a bit too large in scale,” Yunis said in a statement. According to Pete Mistry, the landlord at 579 Broadway, Aldo occupies 4,011 square feet on the ground floor.

Aldo is expected to move to its new location next month, in space that once housed David Z shoe store.

No one from Royal Crospin’s office immediately responded to a request for comment.