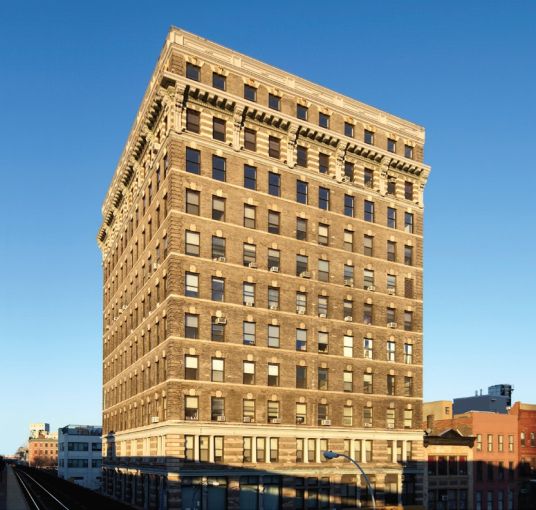 NADAP, a nonprofit that helps New Yorkers struggling with substance abuse and mental health issues, is adding to its Midtown East offices with new digs in Harlem.

The organization leased 9,276 square feet at Savanna’s historic Lee Building at 1825 Park Avenue at the corner of East 125th Street. The six-year deal is for a portion of the fifth floor in the 12-story, turn-of-the-century office building.

NADAP is keeping its offices on the second floor of 355 Lexington Avenue at the corner of East 40th Street near Grand Central Terminal. The Harlem location will host the organization’s new Career Compass program, which offers education and career planning for adults on public assistance.

Asking rent for the space was $45 a square foot, according to Joshua R. Berger, a managing director at Norman Bobrow & Company, who represented the tenant, along with Bobrow & Company’s Alex Lubin. Savanna was represented by JRT Realty’s Ellen Israel, Lauren Calandriello and Greg Smith and Cushman & Wakefield’s Mitchell Arkin and Omar Sozkesen.

“After exploring various options in the market, the quality of the building and its ownership coupled with the immediate proximity to transportation were major driving factors in NADAP’s decision to choose 1825 Park Avenue to house its Career Compass Program,” Berger said in prepared remarks.

In December 2015, Savanna bought the 137,730-square-foot property for $48 million from Giscombe Realty Group, which picked it up for $40,000 in 1978, as Commercial Observer previously reported. Ginscombe Realty Founder Eugene Giscombe, who was known as the “mayor of 125th Street,” died last July, only seven months after the sale closed.