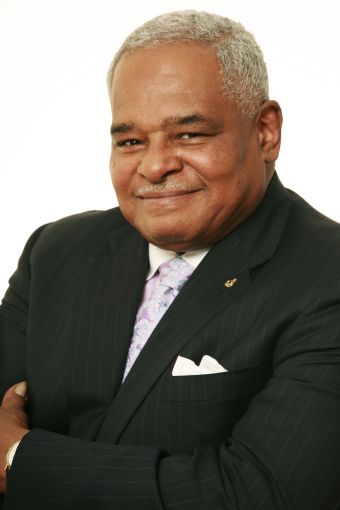 One of Harlem’s most influential real estate players, Eugene Giscombe, who was known as the “Mayor of 125th Street,” died this past Sunday after suffering a brain aneurysm at Good Samaritan Hospital in Suffern, NY, according to a spokeswoman. He was 76 years old.

Giscombe, who was born and raised in Harlem, worked in the real estate industry for four decades. He founded Giscombe Realty Group, one of Harlem’s leading commercial real estate firms, in 1982. He was the chief executive of the company, which provides leasing, development, brokerage, consulting and management services.

A recent deal that made headlines was when the firm sold the historic Lee Building at 1825 Park Avenue between Dr. Martin Luther King Jr. Boulevard and East 126th Street to Savanna for $48 million last December. Giscombe purchased the 12-story, 137,731-square-foot property in 1979 for just $40,000.

Giscombe, who resided in Rockland County, N.Y., called it the best decision he had ever made “besides marrying his wife,” according to a company news release following his death.

Inspired by his grandfather Lawrence Giscombe, a developer and owner of Harlem real estate in the 1930s, Giscombe started his career in real estate in 1972—a decade before launching his own firm. He worked in the sales department at Harlem-based real estate company Webb & Booker.

In addition to his love of Harlem real estate, Giscombe had an affinity for hunting and prowled five continents and more than 17 African safaris.

Giscombe is survived by his wife, Shirley, children Lesley, Susan and Lasalve, and his brothers, Gary and Ronald. His body will be cremated and the family plans to hold a memorial service in September.