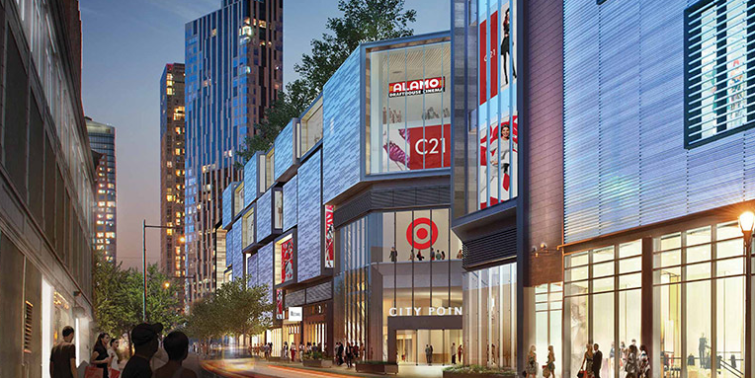 Bernstein struck defiant tones in discussing the challenges facing retail landlords and Acadia’s position in an asset sector that has recently been characterized by rising vacancies, declining rents and store closures nationally. He noted “a flood of news about the demise of retailing and retail real estate,” adding that “while there’s reason for legitimate concern, there is too much overgeneralization going on” about the current state of the retail market.

“We’re currently experiencing a convergence of typical, cyclical headwinds,” Bernstein said, citing the impact of “once-strong retailers losing their edge” in an increasingly fragmented business environment, as well as the “continued growth of e-commerce” eating away at traditional brick-and-mortar businesses.

But while noting that “no product type is bulletproof, recession-proof or Amazon-proof,” the CEO pointed out that “retail has always been Darwinian and always been cyclical,” and said that Acadia believes it is insulating itself from the current cycle through both its investment decisions and its position in core urban markets.

The landlord “has the kind of locations that should outperform as some of these trends play out,” Bernstein said, noting that 85 percent of Acadia’s retail portfolio is in “five key, gateway cities”: New York (where it is a co-developer on the City Point mixed-use project in Downtown Brooklyn), Chicago, Washington, D.C., Boston and San Francisco.

He added that it is “highly likely that virtually all successful online retailers today are going to have a strong brick-and-mortar presence in the future.” Describing this “screen-to-store evolution” in the e-commerce sector, Bernstein cited the likes of eyeglasses designer Warby Parker and online men’s clothing retailer Bonobos as companies that establishing physical retail locations in order to better “connect with customers and strengthen their margins.”

“The brands themselves are likely going to have to take more direct control of their relationship with the customer,” Bernstein said. “Brick-and-mortar will be an essential component to this.”

But despite its focus on core markets, Acadia has curiously continued to invest in the suburban mall and shopping center space—arguably the retail submarket hardest hit in the current environment.

In March, the company acquired a 272,000-square-foot Lincoln Place Shopping Center in the St. Louis suburb of Fairview Heights, Ill., for $35 million through its Acadia Strategic Opportunity Fund IV. The property, which is currently over 90 percent leased and anchored by big-box retailers Kohl’s, Marshalls, Ross Dress for Less and Lowe’s, last traded hands for $44 million in 2007.

Amy Racanello, Acadia’s senior vice president of capital markets and investments, acknowledged that the REIT’s shopping center investments are “certainly a contrarian call,” but added that they fall in line with a strategy of pursuing high-yield investments.

“Our team has a proven track record of acquiring, redeveloping, optimizing and selling these types of shopping centers,” Racanello said on the earnings call, adding that Acadia is picking “needles from a haystack” as far as selecting its suburban mall investments.