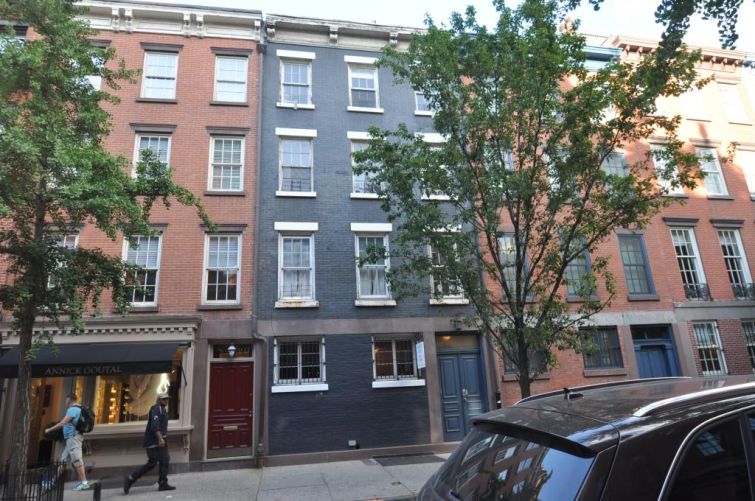 David and Ralph Sitt’s Status Capital closed last week on the acquisition of a landmarked, four-story West Village townhouse that the developers are repositioning to hold ground-floor retail, Commercial Observer has learned.

Status Capital acquired the property, at 395 Bleecker Street between Perry and West 11th Streets, on March 9 for nearly $11.1 million. The seller, the Cartwright family, had owned the 3,300-square-foot “Bleecker Gardens” townhouse—which has residential access to the famed, 4,000-square-foot private garden in the West Village—since it was built around the turn of the 20th century.

The Sitts entered a delayed purchase sale agreement for the property two years ago, allowing them to commence construction repositioning it into a mixed-use building, according to Louis Puopolo and Alex Furst of Douglas Elliman Commercial and Diane Nichols of Douglas Elliman Real Estate, who represented the sellers.

“We had a bidding process because there was so much interest, with bids from all the usual retail groups interested in these types of properties,” Furst told Commercial Observer. “Status Capital came in and bid a strong price that satisfied the seller.”

That agreement included incremental annual fixed increases on the purchase price, enabling the Cartwright family to sell 395 Bleecker Street at more than $2 million above its $9 million asking price. Status Capital, which was not represented by an outside broker, did not return a request for comment.

The property, which was delivered vacant, includes nearly 700 square feet of retail space at grade and roughly 2,400 square feet of residential space that will be rented out as a single-family home. The retail space, according to Puopolo and Furst, is expected to fetch up to $500 per square foot on a street that includes boutique retailers like Sandro and James Perse.

The deal “re-establishes Bleecker Street as one of the most desirable locations for retail” in the area, Puopolo said. “With all the talk about retail being on the downside, and we are in a period of readjustment right now, this sale certainly indicates we are on the uptick.”