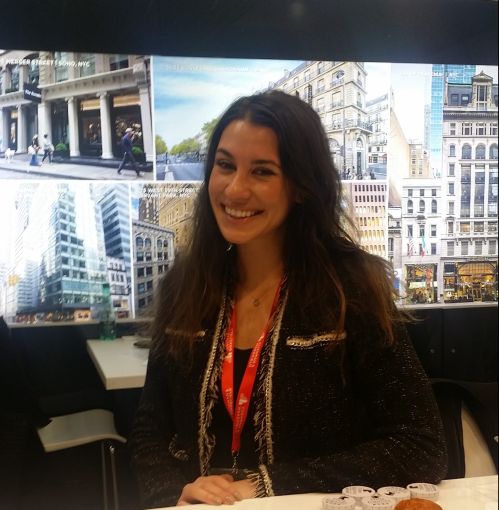 Thor Equities, founded by Joseph Sitt, is recognized for having high-fashion retailers in top properties along Manhattan’s Fifth Avenue, however, as retail prices have skyrocketed the company is no longer as interested in investing in that market. Instead it is looking towards trendy markets across the country, including Brooklyn’s Williamsburg, Chicago’s Fulton Market and Wynwood in Miami. The developer also is hoping to grow abroad in Mexico and Europe. Thor’s director of capital markets, Dana Baines, who is based in New York City, sat down with Commercial Observer at the company’s booth at the annual Marché International des Professionnels d’Immobilier (MIPIM) conference in Cannes, France, the international property trade show, to talk shop.

CO: What is Thor Equities up to these days?

Baines: A lot of people know us as Fifth Avenue high street retail investors. I think we are still active on Fifth Avenue—not that things trade that often on Fifth Avenue and we still like it. I just think right now the market is pretty expensive. We are recapitalizing some of those properties, maybe selling some of those [buildings]. We still think it’s a very strong market. It’s always going to be Fifth Avenue. But we are expanding into some of these newer markets, so for instance, Williamsburg.

You have a property there that’s asking above $400 per square for retail right? I heard a lot of people thought Thor was crazy?

Yes, at Bedford and North 7th Street [180 Bedford Street]. It’s like the best corner of Williamsburg. We have comps at like the $400-a-foot range. Williamsburg is really exciting. For instance, Space NK, which is a cosmetic, U.K.-based [company], they signed at $400 a foot. So we are not so crazy now. Now the market is starting to catch up.

So the idea is to bring high-end retail to Williamsburg?

Not just the luxury brands. You know we do restaurants, too—whatever makes sense for that area. But we see the value there. People are leaving some of the more prominent streets and going to where the millennials are—where there is new office space, where there is new residential space.

Joe always says, “We’re not the first to a market, but we are the fastest second.” For instance, RedSky [Capital] was probably the first to Wynwood [in Miami] and Williamsburg. They tested it out and it looks like their properties are doing well and then we came in and starting buying up.

I mentioned Miami. We have been very active in Wynwood. It’s very similar to Williamsburg.

Another market that we like is one that’s very similar to the Meatpacking District in New York like 15 years ago. I don’t know how well you know Chicago, but the Fulton Market area is really cool. I was touring recently. We’ve assembled a portfolio there. [Not in our building but] you have Google’s [Chicago] headquarters, you have McDonald’s headquarters—it’s something like 300,000 square feet of office that McDonald’s took. You have Soho House. You have like four other prominent hotels being developed. Equinox is opening up a hotel. So it’s a really exciting area—and I was never a fan of Chicago, but it’s really great. The best restaurants.

What about the industrial tenants in that market. Are they being priced out?

It’s still very early. So the last couple of meatpackers are still active, but they are doing this streetscape [redevelopment] where [the city] is paving the streets and adding parks. They are going to change the whole neighborhood.

Globally, what are Thor’s thoughts about the market?

In 2013 we opened up a London office.  We hired Jared Hart to head acquisitions there and we have been extremely active throughout Europe. We’ve been very active in London. We have ramped up acquisitions in London, Paris, Milan [and] Madrid. And we are looking to expand throughout Europe, but with the same strategy—[utilize] our very strong retail background. We have a lot of relationships even on a CEO to CEO level. And we have very strong leasing.

What is the hottest market in Europe?

I’m not on the European acquisitions team. Jared would be the best person to answer that.

It’s worth mentioning that we have a development arm in Mexico.

It’s been all commercial mixed-use. There have been some hotels, some retail and some office. We are headquartered in Mexico City there and have been active in other areas. For example, I just went on vacation there and stayed in our hotel, Thomspon’s hotel in Playa del Carmen.

How much property does Thor have in Mexico?

A lot. I don’t know off the top of my head, but it’s significant. There’s probably close to a billion dollars in the portfolio. It’s a great place to vacation.

Yes, but it’s harder to get to. Mexico is a little easier.