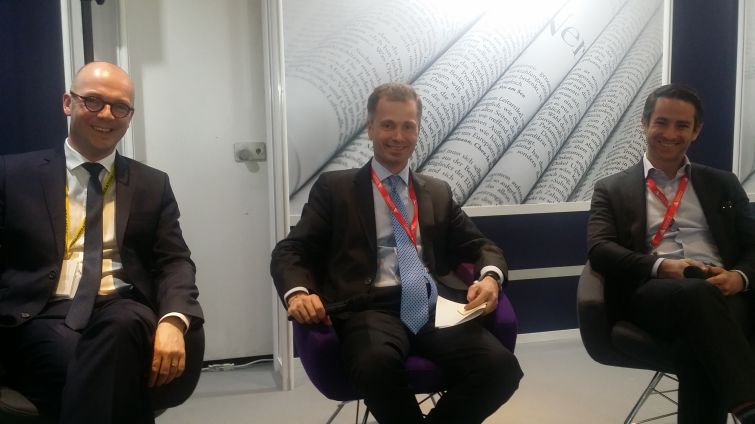 Cannes, France is a beloved beach area for the Marché International des Professionnels d’Immobilier event—but only for so long. It looks like the retail conference is going to mark its presence in the concrete jungle.

An executive for Reed MIDEM, the organizing body of the MIPIM conference, announced today that it will be expanding its presence in New York City with its first public conference this October.

The event, called Mipim NYC Proptech Summit, will be dedicated to commercial real estate tech, and is being organized together with MetaProp NYC, which is a firm that promotes and invests in real estate technology companies.

MIPIM has already began a steady increase of its coverage of real estate technology companies through more panels over the past few years. But the MIPIM team intends to further increase it to help real estate developers, investment firms and cities “open their eyes” to what technology is out there.

“We are going to do that in New York, which is the heart of real estate and technology,” Filippo Rean, the director of real estate at Reed MIDEM, said at the press conference. “We did a pilot last year, so we did an invitation only event. It was almost a bet—should we do that—okay let’s try. We had over 300 people who said yes in just a week. So it was a huge success.”

The event will be held at the meeting space provider Convene’s at 117 West 46th Street on Oct. 11. And a website dedicated to the event went live today as well at Mipim-proptech.com.

This will technically be the second MIPIM event in New York; the first event, last year, was held behind closed doors, and only for about 350 people. But Reed MIDEM have since realized the demand from industry professionals for that type of event is extraordinary in New York City.

“[Real estate professionals] understand that a lot of the technologies that are coming up today, and if they don’t engage in this ecosystem, it can pose a threat to their business five years or a decade down the line,” Zak Schwarzman, a co-founder of MetaProp NYC, said. “So we are really seeing ever tech buzzword from virtual reality to artificial intelligence to drones collide full speed with the real estate market. It is very exciting.”

He added: “New York is a natural place for us to hold a property tech summit. It is the number two venture capital market globally and it is the number one real estate market.”

Experts in the technology and real estate arena have remarked at the size tech has  at MIPIM in Cannes, and are excited about MIPIM’s New York event.

“Years ago it did not exist,” Brandon Weber, a co-founder and chief product officer at leasing and asset management platform VTS, told Commercial Observer while at the show in Cannes. “Literally there was zero panels about property technology innovation and now there is a startup competition, we are getting greeted by the largest property owners. They are like, ‘Cool we know about you guys. This whole digital strategy thing is moving up the ladder on our priority list.’ ”

The timing might be a bit puzzling for striking in New York; MIPIM has been running for nearly 30 years in France.

“We want to build like a LEGO castle, where we add new bricks,” Rean said. “We are not interested in creating an elephant machine with 40,000 people.” This year’s conference hosted approximately 24,000. “We want to have the right people and a coherent construction of our event.”

“The landscape is already populated by a lot of conferences focused on real estate and we didn’t just want to add another one,” Rean said. “So we were waiting for a specific angle to come to New York and a good partner. We have both now.”