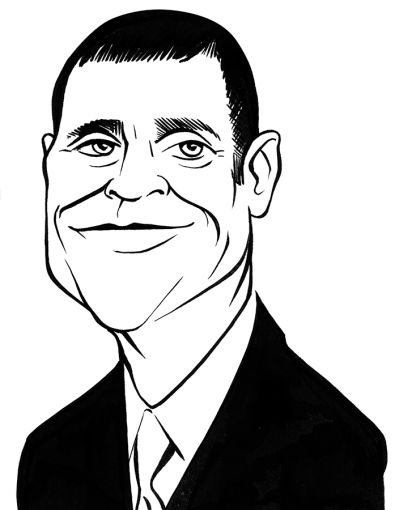 My days are intentionally long, busy and structured. Rising early, I commute from New Jersey and arrive at the office before 8 a.m. Meetings, people, deal and process management, planning and putting out fires keeps me running from one task to the next. I endeavor to leave at a reasonable hour and spend time with my family. At home, when the family tires of me, I jump on my laptop and do more work. Sleep. Repeat.

My schedule leaves little down time, but it used to be worse. Historically, I had eaten lunch alone and networked little as I plowed through one project after another. I had decided that I was too busy to focus on relationships outside the office.

In retrospect, this was a mistake. Real estate is about relationships: creating and maintaining them. And breaking bread is a great approach to deepening those connections, so I changed my tune.

To be clear, networking makes a considerable difference in the quality of people’s lives and provides a vehicle to explore, learn and enrich. In other words, the primary purpose of meeting others is not necessarily to do business but to help, learn and grow from each other. Rarely, if ever, do I leave a meeting without a new perspective—and, as an ancillary benefit, new business.

Here are some tips about networking in a professional and successful manner:

Develop a career plan. Yes, I may have just said that the purpose of these things is to come away a better, more enriched person—but it should be done in the context of business. Be clear about where you want your career to go and network to facilitate your goals. Put your plan on paper and then think about the events, organization and people that can help you get closer to your objectives.

Don’t be afraid. Networking is about putting yourself out there and can be scary. As far as I can tell, no one ever died from networking, so it is unlikely that you will be the first. Just get over your fears and do it!

Accept rejection. If you ask someone to meet with you and they say no, don’t sweat it. Move on. The key is consistently meeting new people and deepening relationships with those in your network. If someone doesn’t want to meet, it is their loss.

Networking is not about keeping score. Focus on establishing and maintaining relationships with the right people, in the right manner, at the right time. Do not worry about numbers and measurable results.

Be interested, not interesting. There is a great story (at least for a geek like me) about William Gladstone and Benjamin Disraeli, two 19th Century rival British prime ministers. Each went out, on successive nights, with the same socialite who was subsequently interviewed by a leading British newspaper. When asked the difference between the men the socialite said, “When I was with Gladstone I felt he was the cleverest man in England; Disraeli made me feel as if I was the cleverest woman in England.” Successful networking is not about you feeling smart; it is about the other person feeling smart.

Focus the conversation on connecting with people on a human level. We are brokers, owners and the like: The key to connections is not business—though that is important—but our lives, commonalities, passions and shared interests. Don’t worry, the conversation will naturally turn to business after rapport is established.

Follow up. Meeting a person and never speaking to them again is not a successful strategy. Follow up within 24 hours via email. This simple act will reinforce and strengthen relationships. In the email, don’t focus on what they can do for you; instead remind them what you can do for them. Periodically email, call or meet them for lunch or coffee.

Link in. LinkedIn, and other professional networking sites, are great ways to build a network and deepen relationships. Best practices include keeping your profile updated, liking other people’s posts and posting yourself. A short note or message goes a long way in relationships. Also, similar to in-person networking, LinkedIn cannot be a one-time event.

So, if you would like to build your network, connect!

Mark Schnurman is chief sales officer and a principal at Eastern Consolidated.