After years of increasing investment activity, Israeli investors took a step back from New York City property markets in 2016, according to a new report by Ariel Property Advisors provided to Commercial Observer.

Total Israeli investment in New York City real estate exceeded $130.5 million last year—down significantly from nearly $2.07 billion in 2015, per the report. While overall investment activity across the city also fell substantially year-on-year, to nearly $48 billion in 2016 from almost $67 billion the year prior, the flow of capital from Israel into the city’s property markets hit its lowest level since 2009, during the height of the global financial crisis.

The downward trend was reflected in the number of transactions involving Israeli investors last year, which dropped to 18 deals, the lowest figure since 2011, from 39 transactions in 2015.

Shimon Shkury, the president and founder of Ariel, told CO that the decline in Israeli investment activity was driven by concerns about “a market that was overheated in 2015,” pullback in the new development market and election year uncertainty.

“What we saw in 2016 was that there weren’t many major trades in the development market,” Shkury said. “Israeli investors, as well as developers here, really took a step back. When it comes to the multifamily investment class, we saw a drop in volume there as well, but not as substantial.”

Shkury said that while Israeli investment activity may continue to lag over the immediate-to-near-term compared to the heights hit recently, Ariel is already seeing “a lot more requests” this year from Israeli investors eyeing opportunities in New York real estate.

“Israeli investors are careful and look for certainty, but they’re also opportunistic,” he said. “I think 2017 will remain a slower year from an Israeli investment perspective, [but] either next year or the year after, you’ll see again a flurry of activity. [In 2016] they stopped and took a pause, and that’s completely natural.”

David Schechtman, the senior executive managing director at Meridian Investment Sales, told CO that while there may be “fewer individual Israeli investors today than there were 12 months ago” looking to partake in the city’s property markets, he has seen continued interest among “entrenched family and institutional investors.”

“I don’t think there’s a lack of interest or investment, I just think the market has changed,” Schechtman said, noting investor wariness about “overpriced” deals and the expectation that Israeli capital will return to New York real estate as property values correct. “I think Israeli investors are very pensive and cerebral; when they see a market shift, they’re trying to figure out how to be ahead of it. There were [properties] that were overpriced in 2015 and 2016 that are now returning to the market with slightly adjusted pricing.”

While Israeli investors have been increasingly reluctant to invest in New York real estate as of late, American real estate companies have continued to go to Israel to raise debt to finance their operations here. U.S. real estate firms issued $878.5 million in debt in Israel in 2016, according to Ariel—much of it through bond issuances on the Tel Aviv Stock Exchange.

Though that number was down from the $1.07 billion in debt issued in Israel by U.S. companies in 2015—including deals by major New York developers like Extell Development Company and Related Companies—Shkury said the Israeli bond market continues to grow in profile among American developers and that he anticipates “new, quality issuers coming to the market” in the coming years.

“We’ve started to hear conversations and questions from people about this specific kind of [Israeli bond] structure,” he said. “People who weren’t interested before now are. It’s a two-way street—the Israeli market is getting more comfortable [with U.S. issuers], and American companies are more interested [in the Israeli bond market].”

Update: This story has been updated to include commentary from David Schechtman, senior executive managing director at Meridian Investment Sales. 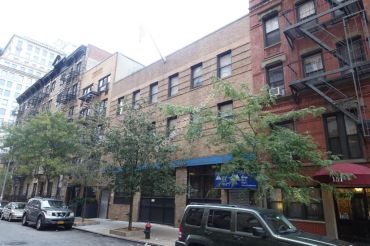