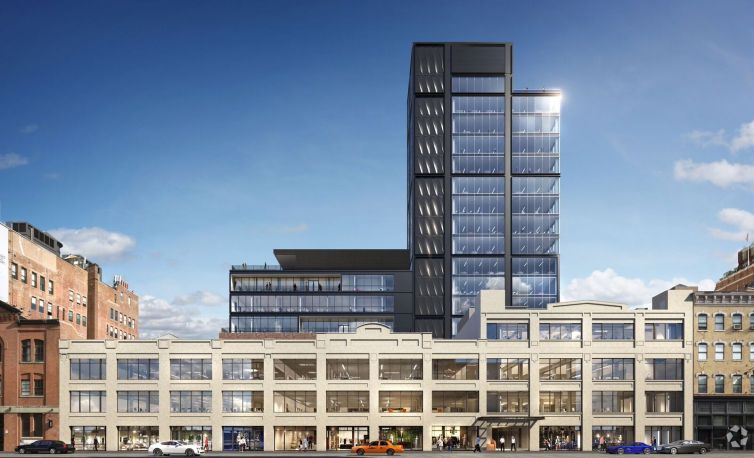 Bermuda-based insurance firm Argo Group has inked a 48,000-square-foot deal at 413 West 14th Street to relocate and expand its offices.

The company will occupy the entire third and fourth floors plus a 2,300-square-foot penthouse at the building between Ninth and 10th Avenues, which Rockpoint Group and Highgate Holdings are currently renovating. The structure will become high-end offices and will be connected via the lobby to a 270-foot, 18-story office tower at 412 West 15th Street that is being constructed by the developers.

The asking rent in Argo’s West 14th Street 15-year deal was $100 per square foot, according to Crain’s New York Business, which first reported news of the deal. Argo will relocate its New York office by the third quarter of this year, a spokeswoman for CBRE told Commercial Observer via email.

Argo currently occupies about 17,000 square feet at 610 Broadway between East Houston and Bleecker Streets in Soho.

The brokers on either side declined to comment via the CBRE spokeswoman.

“We don’t see ourselves as a typical insurance company,” Rick Artessa, senior vice president of operations at Argo, said in a statement. “We’re more innovative, and we want a space conducive to that and also to collaboration. Our company was attracted to the building’s historic details, large windows, exposed brick and timber, and high ceilings.”