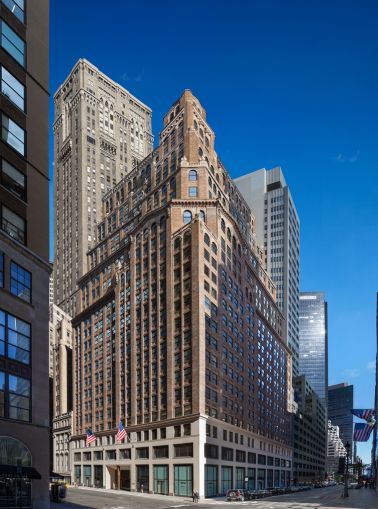 The company has signed a 2,984-square-foot lease at RFR Realty’s 285 Madison Avenue for its first location in Manhattan and second in New York City, Commercial Observer has learned.

It will occupy a portion of the ground floor of the building between East 40th and East 41st Streets. It will also occupy the mezzanine level with its offices. The asking rent in the 10-year transaction was $350 per square foot, according to the landlord’s spokeswoman. The company is expected to move into the new digs in the fall.

“We knew that in order to enter Manhattan we’d have to pivot our design approach to work in smaller spaces at a faster pace,” Justin Rosenberg, the founder and the chief executive officer of Honeygrow, said in a statement. “We are excited about this new evolved iteration of our model.”

Since opening its first location in Philadelphia in 2012, the company has grown to nearly 20 locations on the East Coast. Honeygrow’s first New York City location, which is scheduled to open on April 3, will be in Downtown Brooklyn at 194 Joralemon Street between Court and Clinton Streets.

“We are thrilled to bring honeygrow to 285 Madison Avenue,” Claffey said in prepared remarks. “From its roots in Philadelphia to its expansion in the most sought-after markets across the country, Midtown Manhattan is a perfect destination for Honeygrow’s high-quality, wholesome food.”

Honeygrow chose the 510,000-square-foot building at 285 Madison Avenue because of the lunch time buzz from office tenants in the building and around the Midtown East area.

“We were looking for an opportunity to really get incredibly robust lunch volumes,” Green told CO.