CRE Tech Startup for Funding, RealConnex, Brings in More Money for Itself 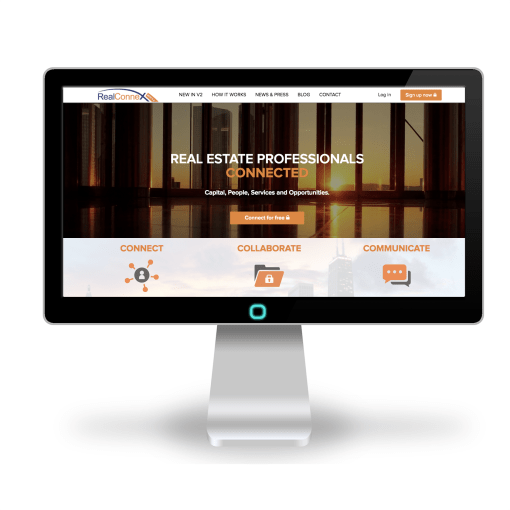 The funding brings New York-based RealConnex’s total funds raised since its formation in 2013 to $10.2 million, Roy Abrams, the company’s founder, told Commercial Observer. The startup’s online platform creates a networking and dealmaking “ecosystem,” Abrams said, connecting businesses and individuals from all sectors of the real estate industry—development, financing, construction, design and more—looking to do business.

“Every real estate transaction brings roughly 10 different entities together, and RealConnex is probably the world’s only platform that takes a deal-centric view to linking all the professionals,” he said. “It connects the capital, the services and the people.”

Abrams comes from a tech background—he formerly led worldwide business development for IBM’s Lotus Software division—but later ventured into real estate development with his own firm, GPI Real Estate Group. He said he formed the idea for RealConnex after experiencing his own difficulties in connecting with new partners on development projects.

RealConnex’s main focus is helping developers funding mid-market projects valued at up to $150 million secure financing. It cites a community of around 65,000 active users (nearly a quarter of which are based in New York) and a database of roughly 200,000 companies, individuals and funds on its platform and claims to have facilitated roughly $100 million in real estate transactions over the past six months alone. The company hopes to hit the $1 billion mark in total business generated through its platform by the end of this year (though a spokesman declined to provide specific examples of deals made through its marketplace, citing confidentiality).

RealConnex plans to use the new funding to expand its network via marketing, as well as grow its team internally and add new features. While the firm has thus far focused its platform on major gateway markets across the U.S.—notably New York and Miami—Abrams said he hopes to take it international “later on this year,” with plans for a RealConnex app to roll out by June.

The company previously secured $3.5 million in Series A funding in 2014, with investors including Star Capital and Stratus Investments.

While San Diego-based Silver Portal could not immediately be reached for comment, Jean-Louis Guinchard, the boutique firm’s senior managing principal, said in a statement announcing its investment that RealConnex “intimately understand[s] professional real estate and technology” and is “poised to affect the market in a material way.”

“Our investment will help the company scale into the largest real estate professional network,” Guinchard said.