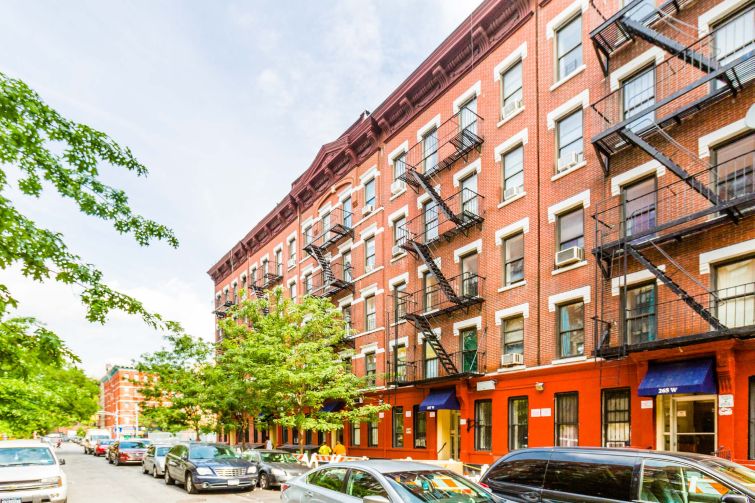 The seller purchased 265-273 West 146th Street between Frederick Douglas Boulevard and Seventh Avenue for $11.1 million, or more than double the price it paid for them in September 2013, according to city records. The buildings comprise 100 residential units amassing a total of 47,500 square feet. The sale closed today, according to information provided by Marcus & Millichap, which represented both sides in the deal.

“The continued demand for rental properties in Harlem is reflective of the overall rejuvenation of this thriving neighborhood,” Etan Slomovic, the managing director of acquisitions at Castellan, said in a prepared statement.

The portfolio features one- and two-bedroom units, all of which are rent stabilized. The average price for the one-bedrooms is $1,442 per month, while the two-beds average $1,505 per month. The building is currently 100 percent occupied.

“The buyers saw this as an opportunity to purchase a sizable portfolio in a transitioning neighborhood,” Marcus & Millichap’s Seth Glasser, who worked on the deal with colleagues Peter Von Der Ahe, Joe Koicim and Rafi Moskowitz, said via email. “Since the units are on the smaller side they cater to a younger demographic that will likely move in and out of the buildings every few years. When tenants move in and out every few years it gives the landlord the opportunity to renovate and upgrade the apartments in order to charge market rent.”