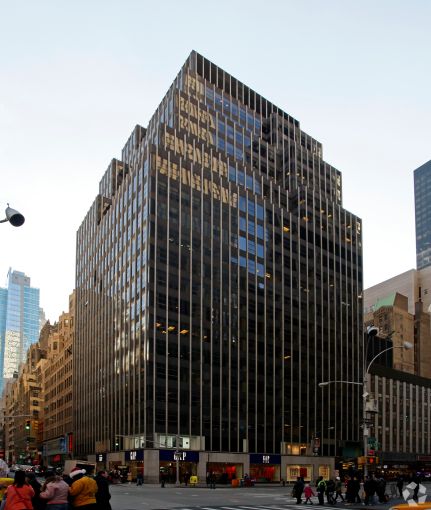 While many media companies like the Associated Press, Condé Nast and Time Inc. have moved from Midtown to Downtown in the past few years, at least one is bucking that trend.

Publisher America Press has signed a 14,802-square-foot deal to relocate its offices to 1212 Avenue of the Americas, Commercial Observer has learned.

The company, which is known for its Catholic-focused magazine America, will take the entire 11th floor of the 23-story, 251,000-square-foot building between West 47th and West 48th Streets. The asking rent in the 15-year transaction was in the high $60s per square foot, according to a source with knowledge of the transaction.

America Press is moving from 33 West 60th Street between Broadway and Columbus Avenue. It was not clear how much square footage the office currently has. It is moving before the end of the year. The West 60th Street office is just a temporary space, as the company sold its headquarters at 106 West 56th Street in Feburary 2016 to developer and investor Savanna for $48.7 million, according to public records.

A CBRE team of Edward Goldman, Sam Seiler and Derrick Ades represented landlord Stawski Partners. Stuart Eisenkraft, also of CBRE, handled the transaction for the tenant.  A spokeswoman for CBRE declined to comment on the transaction on behalf of the brokers on both sides of the deal.

Landlord Stawski Partners did not return a request for comment.