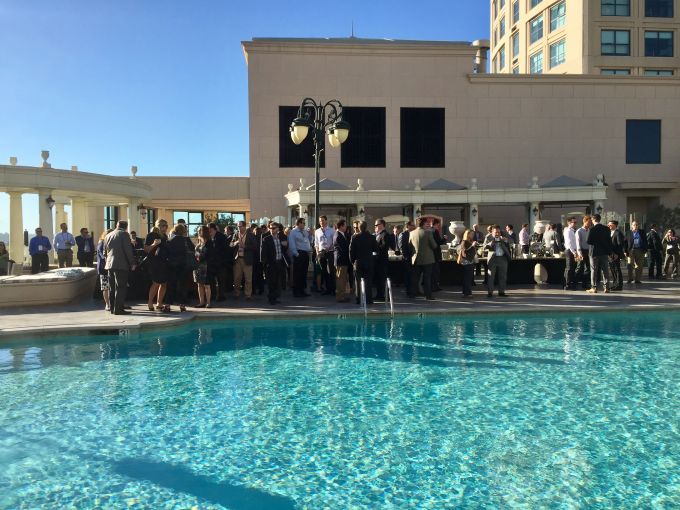 “I have many leather-bound books and my apartment smells of rich mahogany,” said Ron Burgundy, San Diegan anchorman. Neither mahogany nor burgundy were the buzzed about color at the Mortgage Bankers Association’s 2017 CREF/Multifamily Housing Convention & Expo in San Diego, however—the focus was firmly on green.

Commercial Observer met with Fannie Mae executives, who talked about its surge in green financing—properties with Green Building Certifications or loans targeting a 20 percent reduction or more in energy or water consumption reduction. Fannie Mae provided $3.6 billion in green financing last year, an increase of over 1,000 percent from $309 million in 2015.

As well as helping the environment, green improvements can help borrowers save some pennies in the long term. “Improving the physical property also improves net operating income,” noted Manuel Menendez, the senior vice president of credit at Fannie Mae.

Additionally, there is increased interest in investing in green bonds today because of the several “pure green” funds such as pension funds that have mandates to invest in the product, Fannie Mae executives said.

Separately, Vic Clark, managing director with Hunt Mortgage Group, concurred that green improvements are good for the borrower in allowing them lower pricing.

In other news, as President Trump finalizes his tax reform plan, attendees that CO spoke with feeling less than happy with the potential outcome. Under the House proposal, 1031 tax-deferred exchanges could be eliminated completely or severely restricted.

In the opening general session David Stevens, the president and chief executive officer of MBA, warned that “we are about to undergo some of the most extraordinary change we’ve seen in decades. Tax reform will affect everyone in this room. If you thought 1986 [the year the last tax reform legislation was enacted] was a big deal, I advise you to buckle in.”

Stevens cautioned that any small change in legislation could have ripple effects in the industry and said he was tired of being told to “wait and see” how tax reform plays out. “We’re not the tail of the dog,” he said, adding that change can come from having one unified voice as an industry. “We have to intercede and help shape policy before locked in in minds of members of congress.It’s going to take all of us to shape the right legislative outcomes. Our collective voice is important.”

Overall, the general industry outlook for 2017 seems positive. Panelists and attendees that CO spoke with predicted steady growth in the economy and felt that the Trump administration’s proposed infrastructure spending would benefit the commercial real estate market on the whole.

Speaking of the new changes underway by the new president, Rodrigo Lopez, MBA chairman and executive chairman at NorthMarq Capital Finance emphasized that an effective flow of capital means a balance of regulation.

Lopez also placed importance on two factors in growing the industry: innovative technology and diversity in the workplace. “Meaningful diversity strengthens our industry. The face of America is evolving and cultural diversity leads to broader ideas and greater success,” he said.