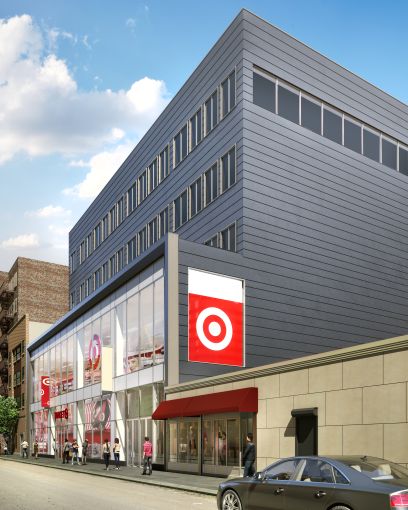 TJX Companies, parent company of Marshalls, has leased about 22,000 square feet in a 10-year deal for a new Marshalls department store in Kingswood Center II located at 1715 East 13th Street in the Midwood section of Brooklyn, one of the retail brokers for the site, JLL’s Erin Grace, told Commercial Observer. She worked alongside JLL’s Patrick Smith.

The big-box chain store will join Target at the five-story, 115,000-square-foot office and retail property. As CO reported last June, Target signed a 10-year deal for 37,700 square feet at the site between Avenue R and Kings Highway. The two stores—which span the lower, ground and second floors—sew up the entire retail component. Grace said the asking rent for the ground floor was $65 per square foot, the second floor was $55 a foot and the lower level was $45 per foot. (Marshalls has a ground-floor entrance and then occupies the entire lower level. Target will occupy the remainder of the ground floor, all of the second floor all and half of third floor.)

A spokeswoman for Infinity Real Estate, which is co-developing the site with Nightingale Properties, declined to address the Marshalls deal, but said they have broken ground at the site. The property includes offices on the third, fourth and fifth floors. Construction is expected to be complete in the third quarter of 2018 with the retail opening that fall.

“We have looked at redeveloping this property for some time now, and are delighted to finally be able to offer medical practices, professionals and small businesses well-located, high-quality office space in a market that is starved for such product,” Steven Kassin, the founder and managing partner of Infinity, said in a statement.

Esther Bukai of Ripco Real Estate represented Marshalls in the deal. She said: “Kings Highway is one of the strongest retail streets in Brooklyn. Every retailer loves the market.” Jeffrey Howard of Ripco represented Target in its deal at Kingswood Center II.

Brooklyn broker Timothy King, a managing partner at CPEX Real Estate, said of the new retail at Kingswood II: “It is a logical extension of the Kings Highway corridor. Long a prime local shopping district, Kings Highway is experiencing an influx of new retail to complement the mix of national and local tenants on this bustling strip. Marshalls will benefit from the enormous foot traffic generated by Kings Highway’s shops and subway.”