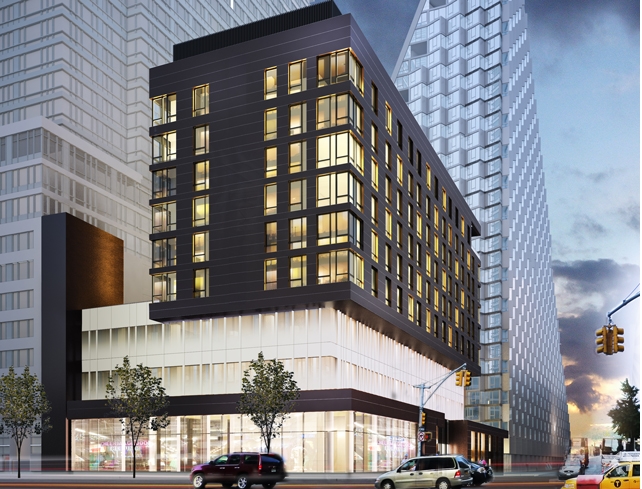 Hospital for Special Surgery has inked a deal for four floors at Durst Organization’s FRANK 57 WEST mixed-use development on the Far West Side, The New York Post reported, for a new outpatient facility.

The renowned orthopedic surgical hospital will occupy 65,000 square feet at the property, officially at 600 West 58th Street between 11th and 12th Avenues, the Post reported. HSS will occupy the residential rental building’s “community use” floors, according to the paper.

Neither asking rent nor the length of lease was immediately available. A Durst spokesman declined to comment, as did a spokeswoman for HSS.

The Post noted that the deal could not be made public yet because HSS is seeking technical approvals with several city agencies.

Paul Wexler of The Corcoran Group’s Wexler Healthcare Properties Team represented Durst for the space. It was unclear if HSS had a broker.

The 10-story, 150,000-square-foot building has 65 rental units—ranging from studios to two-bedroom apartments—along with office and retail space, according to Durst’s website.

FRANK 57 WEST is one of three buildings Durst has erected on the block spanning from West 57th to West 58th Streets and 11th to 12th Avenues. The others include HELENA 57 WEST—a residential tower at 601 West 57th Street—and VIA 57 WEST, the Bjarke Ingels-designed, tetrahedron-shaped residential property at 625 West 57th Street.