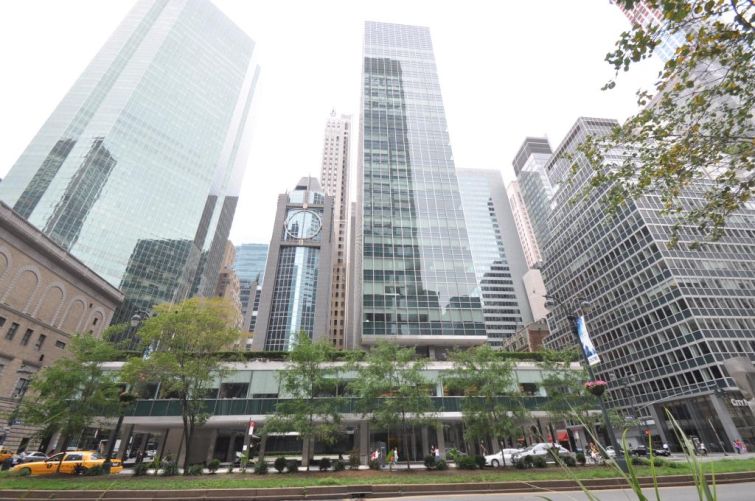 It’s been a rough few months for Aby Rosen.

First, Donald Trump, whom he campaigned against, became president. Now, the German-born real estate baron is in danger of losing his crown jewel.

A foreclosure has been filed for 390 Park Avenue, also known as Lever House, according to data from Trepp and a federal foreclosure filing in New York Southern District Court. Aby Rosen and Michael Fuchs‘ RFR Realty has until Jan. 27 to respond to the complaint, with an initial conference set for Feb. 7 before Judge Lorna Schofield.

The loan comprises 71 percent of remaining collateral in the Credit Suisse-sponsored CSFB 2005-C2 commercial mortgage-backed security. The foreclosure was filed by Wells Fargo, as trustee on the deal.

The foreclosure may come as no surprise to some, as Lever House has been on special servicer CWCapital’s watchlist since August 2014. The mortgage is subject to a ground lease, owned by Omnispective Management under the name 390 Tower Associates LLC.

The 99-year ground lease began in January 1999, and includes an initial term of 51 years with four 12-year extension options. It includes a schedule of fixed rent through 2023 and a fair market value-based mechanism to reset ground rent thereafter.

According to servicing commentary, “The rental reset language in the ground lease is not economically viable and has made a refinance of the loan improbable, given that the anticipated ground rent would increase from $6.15 million annually to an amount in excess of $20 million annually on an asset with consistent historic net operating income of $16 million to $18 million.”

RFR is currently in discussions to renegotiate the economic terms of the ground lease with Omnispective in order to adjust the ground lease rent, according to a source familiar with the property.

Lever House is a 261,619-square-foot office building that was built in 1951 and is currently 87 percent leased. However, approximately 176,000 square feet is either vacant or expires by mid-2020 and in the nine month period between October 2019 and June 2020 leases for 50 percent of the building expire, according to servicing commentary.

As previously reported by Commercial Observer in July 2015, RFR was seeking a new loan to refinance the debt on the property but lenders were reportedly unwilling to refinance the $98 million mortgage at the time.

“This is an example of the risk associated with leasehold mortgages made at the height of the market,” said the source. “Not enough attention is paid to escalation clauses in ground leases and the potential for economic impairment to the property.”

RFR is being represented by Fried, Frank, Harris, Shriver & Jacobson, according to court filings.

Officials at RFR and Omnispective did not immediately respond to requests for comment. RFR’s legal representative at Fried, Frank, Harris, Shriver & Jacobson declined to comment.