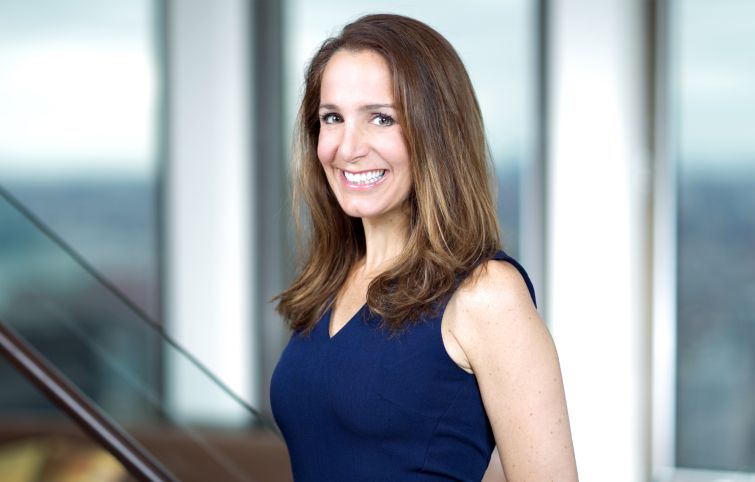 Laurie Grasso, who has grown Hunton & Williams’ New York real estate practice from zero to 29 in the last four and a half years, sat with Commercial Observer at her 200 Park Avenue office to discuss how a tightening debt market has made her an expert in the structuring of preferred equity investments. And just because Grasso is responsible for managing her team, that doesn’t mean she isn’t equally as busy doing deals. She closed 23 transactions totaling $3.3 billion last year, representing real estate private equity funds, institutional real estate investment trusts, investors and other property owners. She represented Savanna and L&M Development in Fairstead Capital’s $315 million purchase of Savoy Park, advised DTH Capital in Rockpoint Group’s $430 million purchase of 63 and 67 Wall Street and recently represented Cove Property Group in its $330 million acquisition of 441 Ninth Avenue—close to Hudson Yards—just to name a few.

Commercial Observer: Tell us about your career path to real estate law.

Grasso: I grew up in a small town in upstate New York called Endicott. I was an athlete. I actually went to college to play volleyball and had a full volleyball scholarship. I think at the time I wanted to be a professional beach volleyball player.

I elected to come to New York and went to [Brooklyn Law School]. Then I went to work for Herrick Feinstein. They had two really strong practices at the time: sports law and real estate. Being a former athlete I thought, “Let’s do sports law, that sounds interesting.” When you join the firm, they rotate you between the two practices, and I instead gravitated toward the real estate group.

I made partner in 2007 after only seven years—the fastest timeframe in the firm’s history—and stayed there for a few years through the crisis. Our client base at the time was a lot of families and smaller scale developers. I felt that the real estate sector was moving more into capital markets, funds and REITs, and so as we did not have that expertise [at Herrick] I wanted to go to an international law firm that did.

A lot of people think that the market is a little stagnant right now, and there is some correction that will be coming. When it does come they want to be ready. So we’re working with a number of clients to put together their fund documents so that they are ready to go when the market turns. Then, because the lending market is constricting and the loan-to-value ratios are reducing, clients are looking for alternative investments, and so we’re talking to a lot of people about doing preferred equity investments and mezzanine investments. The majority of deals we are working on right now are preferred equity deals.

At the moment most people are more interested in preferred equity because the senior lenders are still the 800-pound gorilla in the room. They hear “mezz debt,” and they think “over-leveraged,” and they get very concerned. It’s so much easier to say, “My money is coming in as preferred equity.”

You advised ARC Hospitality Trust on its $300 million acquisition of 13 hotels from Noble Investment Group. Was that a difficult acquisition given the fact that there were multiple assets spread out across the country?

On a personal note, it was very challenging. We signed the pooling and servicing agreement on a Friday for these 13 hotels, and I went into labor on the Sunday! It was a wild time. When you have multistate deals like that, taxes are one of the biggest issues. You have sales tax exposure and transfer tax exposure and those two things can be very expensive. And when you have 1,900 rooms, there is a lot of diligence and franchise agreements to take care of.

Have you been busier in some New York City neighborhoods more than others this year?

I’ve done a lot in the outer boroughs over the past year—Long Island City, the Bronx, Brooklyn. I think that Long Island City has done a great job in terms of the residential development, and we’ve been involved in a number of these projects for our clients, such as World Wide Group’s QLIC development. There’s not enough of a “neighborhood” there yet so I think there will be a real push for more retail developments and also office development. Then, the more obvious area is Hudson Yards. Over the last year we’ve done a number of deals on the outskirts of Hudson Yards, so people are definitely betting on it. They’re looking at properties on Eighth and Ninth Avenues—they think there’s going to be an overflow out of Hudson Yards.

What type of deal flow are you expecting in 2017?

I do think that 2017 is going to be a very active year as I think we’ll see a slight market correction. Unlike any other recessionary period, I feel that people are wiser and more ready today. Clearly there are the refinancings, which are already baked, but even beyond that I think it’s going to be a very busy year, which is good for everyone. Real estate only works well when we’re transacting.

I hear that you are a deal source for your clients, in terms of proactively finding strategic deal opportunities and equity sources. How did you hone this skill?

There are clients that have been [with me] forever, since the very beginning. I have some clients who I actually helped pick out the name of their company. Now, they are out raising multimillion-dollar funds. Many of these clients didn’t have an in-house lawyer, so I was their person to bounce everything off of, and I really like that. I wouldn’t want to be a lawyer any other way—I enjoy being a counselor as opposed to an attorney.

On the strategic side, I know who these clients are, and I know how they do business. So it’s very easy for me to introduce them to someone who wants to do business. I’m always making introductions, and I’ve made a lot of business marriages—it’s like being a matchmaker. We had a client recently who wanted to start a mezz loan platform, and we had another who was thinking of doing the same thing, so we put them together, and they may now go ahead with this venture together. I have another client who has a huge development site in Manhattan, and I’ve introduced him to 10 or 12 investors.

The truth is that New York real estate is pretty small. Everyone knows everybody. My way of practicing has always been being very personable with my clients, and they always come back to me. Making introductions is always a value-add. If you bring somebody a deal? Even better.

Right after I made partner at my previous firm I got a lot of attention for being a woman in the industry and received a number of awards. I supported all of it but there was a moment when I transitioned to Hunton when I didn’t necessarily want [my being a woman to be the focus]. Then, over the last year or so, with the political environment being as it is, I saw my nieces who are in college post on facebook about the pay gap and gender bias and realized that it’s such [an important] part of our discussion.

What would your advice be for a woman entering the industry?

My advice would be, as a lawyer, really hone your negotiation skills. Because if you’re an excellent negotiator as a woman, you can balance that with other aspects, such as the personableness when you need it. And you can be so effective. Women make the best negotiators in my opinion. I also recommend going to the industry events that are out there. Because this market is so small that it’s amazing the amount of people you’ll get to know within a short time, and there will be someone that you ultimately will do business with. It’s easier today because there are women’s groups you can join and panels that you can listen to. There wasn’t that when I was “growing up,” so to speak. Just get out there.