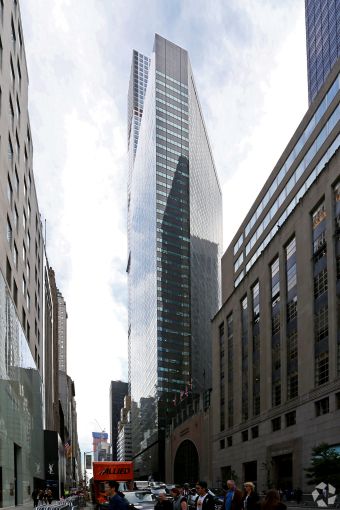 The Florida-based firm will occupy 25,030 square feet on the 1-million-square-foot building’s 18th floor, according to a press release from tenant broker Savills Studley. The sublease expires in Feb 2024, according to CoStar Group. Asking rent in the deal was not immediately available.

Greenspoon Marder is currently based at 1270 Avenue of the Americas between West 50th and West 51st Streets, where it occupies more than 18,000 square feet, the release indicates.

Crowell & Moring, a Washington, D.C.-based law firm, is the sublandlord in the deal, according to a source familiar with the deal. Greenspoon Marder will assume the space in March, according to Savills Studley.

Jeffrey Peck, Daniel Horowitz, Thomas Capocefalo and Adam King of Savills Studley represented the tenant. Craig Reicher and James Ackerson of CBRE are listed as the leasing agents for the space, according to marketing materials. A CBRE spokeswoman declined to comment.

“We are very proud and excited to have secured this lease arrangement in a premier office building located in Midtown Manhattan that will allow up to double our footprint in New York,” Gerry Greenspoon, the co-managing partner of the firm, said in a statement.