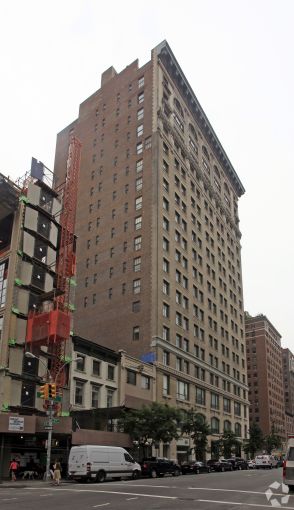 Cosnova, a German cosmetics company, has inked a new deal to expand and relocate within 55 Fifth Avenue, Commercial Observer has learned.

The firm, which sells products through its Essence and Catrice brands, will now occupy 13,260 square feet on the 16th floor, according to information from landlord Time Equities. Cosnova’s new lease at the building between East 12th and East 13th Streets is for five years.

A spokeswoman for the landlord declined to provide the asking rent in the deal, but CoStar Group indicates it was $68 per square foot.

Nadja Galloway of Time Equities represented the landlord in-house and worked directly with the tenant, according to a spokeswoman for the landlord.

The 262,923-square-foot property is anchored by the Benjamin N. Cardozo School of Law, and is also home to Time Equites’ headquarters.

Cosnova previously occupied 4,091 square feet on the 14th floor of the building. The 15-year-old firm has been based at the building since 2012, according to CoStar. Cosnova will vacate that space as part of the new deal, the Time Equities spokeswoman said.

The beauty product company in recent years has experience increases in sales growth—especially in its native Europe. In 2015, the company announced it made about $371 million in net sales the previous year, as Women’s Wear Daily reported at the time.