For Whom The Bell Tolls? Not Yet For Brooklyn’s Smith Street 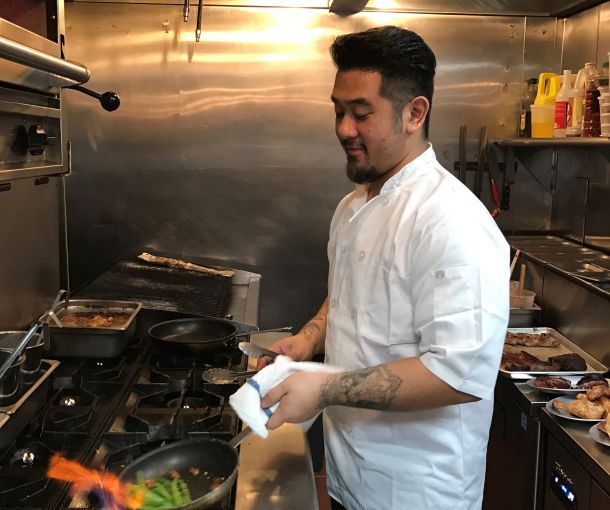 Many thought that 2015 ushered in the beginning of the end for Brooklyn’s Restaurant Row, with stalwarts like The Grocery and ever-popular Char No. 4 shuttering within months of each other.

On the formerly buzzing stretch between Atlantic Avenue and Carroll Street, dozens of “for lease” signs hung dejectedly in the bare windows of former bars and restaurants.

Longtime residents feared that the only new tenants who could afford the ever-creeping rents would be national chains, like the Lululemon that moved into 166 Smith Street or Lucky Brand at 135 Smith Street. These were hardly the sort of businesses that represented a community that has always been known for championing the mom-and-pop ethos.

But then, even as publications such as this one were writing elegies for that strip of 13 blocks in Carroll Gardens, a phoenix was rising from the ashes. Overzealous landlords realized that even the hardiest of restaurants could not handle rents nearing $200 per square foot. “Smith Street went through a rapid growth spurt with an influx of cool shops and restaurants, but ultimately got ahead of itself, with more shops closing than opening for a couple of years,” said Peter Schubert, a partner and managing director of commercial leasing at TerraCRG. “It also faced a sudden increase in competition from new and cheaper retail High Streets like Flatbush and Vanderbilt Avenues and areas of Williamsburg.”

And so, to stem the rising tide of closures and remain competitive with other neighborhoods, landlords began ratcheting down rents. From a high of almost $200 a square foot, now retail leases are being signed anywhere from less than $100 (for spaces generally needing infrastructure upgrades) to around $140 a foot, according to Schubert. The reduction has allowed a new crop of retailers, particularly restaurants, to open within the last few months, with more high-profile projects on the horizon early this year.

One establishment that has appeared since 2015’s meltdown is from a longtime Smith Street veteran, bartender (and aptly named) Ivy Mix. Mix, who cut her teeth at the venerated Clover Club—across the street at 210 Smith Street—opened up pan-Latin cocktail bar Leyenda at 221 Smith Street a year and a half ago. “If [Smith Street is dying], I’m certainly not feeling it,” Mix told Commercial Observer with a laugh. Leyenda, while certainly a neighborhood redoubt, is also receiving plaudits on a national level. Esquire named it one of the 18 best bars in America for 2016, while Mix herself was named 2016 “Mixologist of the Year” by Wine Enthusiast.

Mix cites the friendly feel of the neighborhood as one of the reasons for the bar’s success. “Your landlord can be someone whose mom owned the building; and these people are in their 50s, 60s or 70s. That’s really great,” she said. “The nice thing about being in this neighborhood is that the buildings are smaller, so you’re going to know your landlord. It’s not like you have to call up some company and get the management office. You can just call the guy who lives in the house next door.”

The communal feel of Smith Street is also what drew partners Armando Litiatco and Ahmet Kiranbay to open Filipino barbecue restaurant f.o.b. just a few blocks away, at 271 Smith Street this fall. “That is absolutely the number one reason that Ahmet and I took this place,” Litiatco said of the friendliness of the environs. “Conceptually, we always wanted to have a neighborhood restaurant. [Other restaurant owners] have all been very supportive. It’s really, really great.”

And even though business is booming, that doesn’t mean the partners didn’t experience some trepidation. “[While] researching, it was scary seeing all the restaurants that were closing,” Litiatco admitted of the 2015 market. “But the reception has been good, the feedback from everyone has been positive and I guess that the scariest part of it—aside from that—is, Are people ready to eat Filipino food?” he asked with a grin.

Meanwhile, Filipino food is hardly the most esoteric fare that has opened on the block this year. Across the street is arguably New York’s only true Welsh restaurant and bar, Sunken Hundred, at 276 Smith Street, which opened last August. And a few doors down from f.o.b. is White Maize, at 277 Smith Street, a Venezuelan arepas spot that started serving the addictive filled-corn cakes this past October. “We thought that it was a vibrant street for restaurants,” said White Maize partner David Sien. “And the rent, compared to Park Slope, was below market.”

Indeed, prices are nowhere near the high of two years ago, making the area more enticing than other upscale neighborhoods like Park Slope or Williamsburg. According to Ryan Condren, the managing director of the Brooklyn retail leasing team at CPEX Real Estate, spaces can be found for as little as $65 per square foot. And, of course, the charm of the street itself continues to be a draw. “Operators see the value of being surrounded by some of the most desirable neighborhoods with great public transportation and strong co-tenancy,” said Condren.

The best may yet be to come. Food Network star Anne Burrell and her partner Phil Casaceli (he of the beloved Daddy-O’s at 44 Bedford Street in the West Village) will soon open Phil & Anne’s Good Time Lounge at 196 Smith Street (in the former home of Char No. 4). The menu will feature Italian-inflected Mediterranean cuisine, seat 85 people and will be sure to attract fans of The Next Iron Chef contestant.

As for those still mourning the loss of The Grocery, well, there’s good news and bad news. The bad: No, they’re not planning on reopening (although they do hold spur-of-the-moment pop-up meals like a pancake breakfast this past New Year’s). But, as owners of the building, they are looking for intrepid tenants to take over the erstwhile Grocery space. “Everything we have is in that property,” said Sharon Pachter, who owns 288 Smith Street with husband Charles Kiely. “We want to be really careful about finding the right tenant.” For the couple, it’s not just about finding an income stream, but preserving the community. “How [can we] satisfy our own needs for rent but also figure out a number that’s sustainable for whatever that small business is?” Pachter said.

As long-term residents of Smith Street, the couple remains very protective of the unique atmosphere of the corridor. “I’m hoping that the neighborhood continues to grow,” Kiely said. “And I hope that landlords will be reasonable when structuring a lease, so that we continue to get small businesses.”

To be sure, there are still vacant storefronts on Smith Street (14 according to CoStar Group) and fears of gentrifying banks and big-box stores run through the community. But on a chilly weekday afternoon, as diners nibbled on croissants at Bien Cuit and passersby gazed approvingly at the soon-to-open exterior of Phil & Anne’s, it was a scene of promise, not despair.