Displeasure Is Mounting Against the City Council’s Construction Apprenticeship Bill 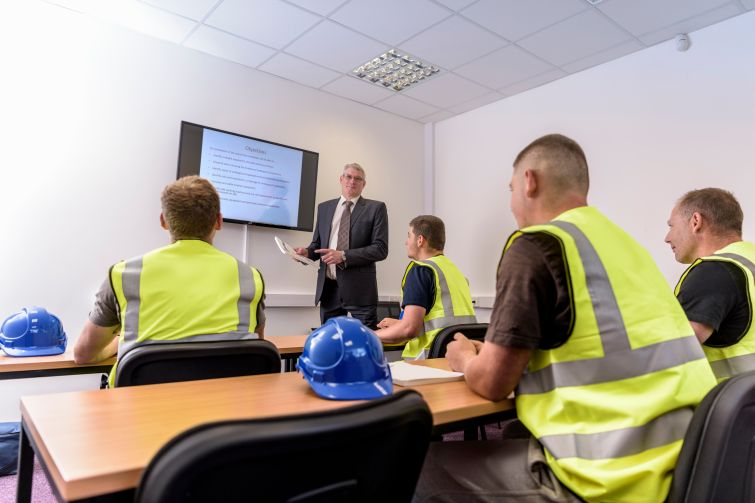 A bill mandating apprenticeship programs for construction workers of major buildings (defined as 10 stories or more) introduced into the City Council on Jan. 18 has received widespread opposition, with various groups calling it a threat to minority employees.

Within a week of the bill’s introduction, more than 60 New York City Housing Authority tenant presidents, representing more than 100,000 residents, signed a letter opposing Intro 1447, as it is called, one of a package of 21 bills that are part of the Construction Safety Act.

“We strongly urge you to withdraw your support from legislation that would require apprenticeship on construction sites of 10 stories or more,” the letter reads. “This apprenticeship mandate would exclude many black and Hispanic public housing residents from construction jobs created by NYCHA’s ongoing capital improvement projects.”

The pending legislation has sparked dueling rallies at City Hall today from union supporters and critics as the council had public hearings on the package of bills. And two weeks earlier, both sides faced off in another set of pro and con rallies.

Currently, most apprenticeship programs, which are certified by the state Department of Labor, are run by the trade union organizations, but not nonunion companies. Some fear that if Intro 1447 becomes law it will give more business to the unions, steering work away from nonunion employers, which have an overwhelming amount of the minority workers. So the opposition to the bill is asking that more training and courses specifically geared for safety be required over apprenticeships.

“We are not opposed to [safety] training, we are opposed to people trying to imply that their program is the only answer,” said Charlene Nimmons, a founder and executive director of nonprofit Public Housing Communities, which is collecting signatures from the NYCHA tenant presidents. “This is about safety across the board. There should not be any one portion of the industry that is in control.”

New York Construction Alliance (NYCA), a group of seven construction firms with a combined revenue of $1.5 billion that classified itself as “open shop”—or, using both union and nonunion workers—is another organization against the proposed legislation. The group typically uses about 75 to 80 percent of nonunion workers on its projects, according to Lance Franklin, a co-chief executive officer of Triton Construction and a co-chairman of NYCA.

In a recent survey, the organization found that on 27 of its jobs sites selected randomly last year, 76 percent of the 1,518 workers on those sites were black or Hispanic, with about one third of all of the workers living in Queens and a quarter living in Brooklyn.

These workers wouldn’t have access to apprentice programs, since many of the companies in NYCA don’t offer them. Moreover, Franklin added, those programs won’t necessarily increase safety.

“The apprenticeship programs have nothing to do with safety—they have to do with the training of individuals on site to do a trade,” Franklin said. “That doesn’t make a worker safer.”

He added, “On all of our sites, the workers are trained—they are required to get [Occupational Safety and Health Administration] safety training.”

(Ten hours of safety training by OSHA is already required on major buildings.)

The unions are challenging this, saying that apprenticeships will make workers safer because they will give workers more knowledge.

“Let’s say a carpenter’s [apprentice] is working on the edge of a building and he is being taught how to work on the edge of the building. He learns that skill, not just that job, but also the safety [protocols],” said James Mahoney, the president of the New York State Iron Workers District Council. “Human error is caused when people are confused and don’t know what they are doing.”

Union heads have pointed out that nonunion job sites have been the problem, since workers don’t have the same training. There have been 30 deaths within the last two years, and 27 of those come from nonunion job sites, according to Gary LaBarbera, the president of the Building and Construction Trades Council of Greater New York. He charged that nonunion organizations didn’t want to do apprenticeship programs simply because they care more about making money than protecting workers safety.

“It doesn’t say anywhere in the bill that you have to be in a union apprentice program. It cannot say that,” LaBarbera said. “Their rhetoric that this is going to cost minorities jobs is lies and rhetoric. There is a cost involved, and they don’t want to pay for it. In any other profession, would anyone go against additional training and education?”

LaBarbera said the reasons cited for opposition to the bill were a “bunch of nonsense.” He said workers won’t lose jobs and highlighted a clause in the bill that explains experienced, trained and skilled persons that have received training “commensurate with that required for registered apprentices” will be okay to work on sites.

“We’re not requiring the apprenticeship programs,” LaBarbera said. “There is a much deeper motivation by the opposition here. It comes down to—they don’t want their workers educated because they want the workers exploited.”

Workers in the unions have access to apprenticeship programs, which not only provide on-the-job training but require trade-related classes. In those classroom sessions, there are modules about safety training, LaBarbera said.

Many general contractors aren’t large enough to afford apprenticeships, and others won’t have a great enough variety of jobs that apprentices need to do to complete their programs and become journeymen. Apprenticeship programs can last between three to five years and require thousands of hours of onsite training. (The type of construction training and the number of required hours vary by type of trade—electrician, plumbing, sheet metal, carpentry, etc.)

Also while unions already have facilities around the city for the classroom portions of the apprenticeships, which are paid jobs, nonunion companies and organizations don’t. The sponsored classes could cost about $1,000 to $8,000 a semester per person for the nonunion construction companies, according to Brian Sampson, the president of the Associated Buildings and Contractors, which represents nonunion companies nationwide.

“We need to separate craft training from safety,” Sampson said. “The reality is that some contractors aren’t large enough to support an apprentice and ensure that they get the right experience as prescribed by the New York State Department of Labor. Other contractors are niche businesses where an apprenticeship program doesn’t exist. What will happen to them and their employees? As written, the bill will put them out of work.”

All of the fuss about the legislation—one section of many bills in the Construction Safety Act—has excited its sponsor Councilman Jumaane Williams. The City Council hosted its first of many hearings on the entire set of bills today.

The bills have a long way from being voted and is still an early draft, and Williams is hoping to get more feedback to make changes. He also said the City Council will make sure the language doesn’t hurt minority workers, and it won’t be a union-only law, if it is passed.

He added, “We are not rushing this—we have to make sure we get it right. This is not a council that tries to limit work for its residents.”