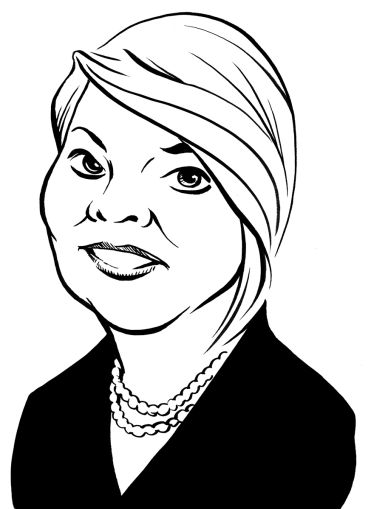 Before trying to understand the basics of the new risk retention regulations in commercial mortgage-backed securities, one must first understand the risk model of CMBS in general.

In the olden days of yore, a commercial real estate owner went to the local bank and got a loan. Back then, banks funded loans through the traditional “originate to hold” concept, meaning if there was loss on the loan, the bank would suffer the loss. Also, if the owner needed any approvals during the life of the loan, the owner would speak to the banker, provide some documentation and get feedback or approval.

In this model, banks had incentive to originate high-quality loans.

As a result of the Savings and Loan Crisis in the 1980s, the Resolution Trust Corporation (RTC) was charged with liquidating all the mortgage loans that had been assets of the insolvent S&Ls. Due to the large number of loans the RTC eventually acquired, finding a buyer proved a challenge.

All creative financial instruments are invented to find a solution, and the result of RTC liquidation efforts was the CMBS business as we know it today.

Soon, many smart people realized you could intentionally originate loans and transfer the entire risk of those loans through CMBS—and make a lot of money in the process. And that’s what was done for the next 15-plus years. In fact, from 2005 to 2007, a record number of CMBS loans was originated and securitized, and all that risk was transferred to the bondholders. These loans had much higher risk characteristics than the loans originated in the “originate to hold” models.

Then came the crash of 2008, and some of the initial cracks in this risk transfer origination model were exposed. Along came the Dodd-Frank Wall Street Reform and Consumer Protection Act of 2010. The Dodd-Frank Act was intended to substantially reform the securitization process with focus on aligning the incentives of the securitizer of the loans and the bondholders. The primary way the Dodd-Frank Act plans to change the current risk transfer model for CMBS is by requiring the company doing the securitization to retain 5 percent of the risk for a period of five years—thereby making the CMBS loans more like the “originate to hold” model.

In my opinion, the biggest “winners” of the new rules are the bondholders, which previously had the risk of the loans completely transferred to them.

The biggest “loser” of the new rules is the borrower who gets a new CMBS loan.

There are a number of ways this new risk retention structure impacts owners. First, now that the originator and securitizer has to retain “skin in the game,” the profitability model for CMBS has decreased, which means a higher cost of capital for owners.

Second, as a way to protect investors from this risk transfer, the Dodd-Frank Act also added some substantial disclosure requirements. These requirements will have a direct impact on owners as information not currently public will now become available (e.g., the terms of a lease and termination rights of the tenant).

Third, the direct impact of originators keeping skin in the game is that underwriting standards will tighten. This means less interest-only loans, more loans with reserves at origination, lower leverage than historically seen on CMBS loans and more cash management features.

The biggest thing the industry seems to agree on currently is the risk retention rules that came into effect have caused great uncertainty for the CMBS industry.

Many industry participants are working diligently to figure out how to make this new CMBS model work, and until more deals are closed, the true impact to the owner is unknown. And we can’t forget, without the owners of the property, there will be no CMBS model!

Ann Hambly is the founder and CEO of 1st Service Solutions. She can be reached at: ahambly@1stsss.com