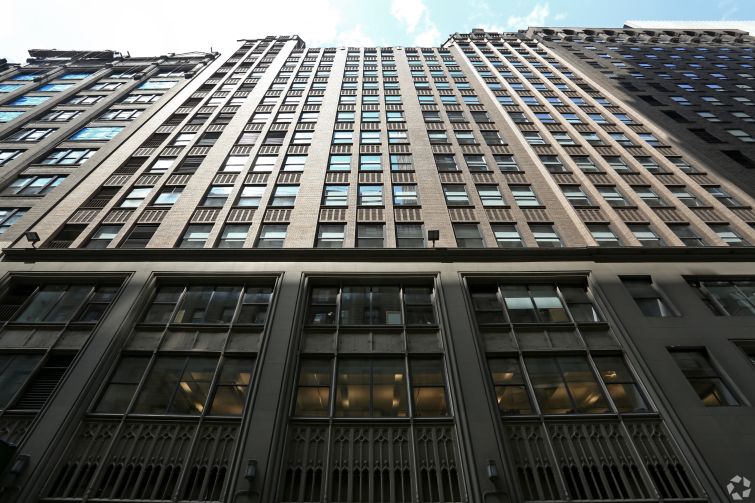 Fashion company Calvin Klein has added to its foothold in 205 West 39th Street between Seventh and Eighth Avenues, bringing its offices to 196,497 square feet in the Penn Plaza building, according to the tenant’s broker.

In the most recent lease, Calvin Klein has taken 27,519 square feet on the entire 13th floor (14,405 square feet) and 16th floor (13,114 square feet), according to a spokesman for JLL. JLL’s Matthew Astrachan, Mitchell Konsker and Steven Bauer represented CK in the deal.

CK will assume the new space on April 17, CoStar indicates. The lease was “long term,” the JLL spokesman said, and the marketing flyer for the 13th and 14th floors indicates that the asking rent was $49 per square foot. (The 14th floor remains available for lease.)

CK, owned by clothing conglomerate Phillips-Van Heusen Corporation, has been in the 17-story building for over 22 years, adding to its square footage over time. It currently occupies floors one to six and eight to 12, CoStar says. Other tenants in the 247,225-square-foot building include Ralph Lauren and Isabella Co.

EVO Real Estate Group’s Mitchell Cooperstock and Albert Wu are the leasing brokers for the building, which has been owned by 205 West 39th Street Co. since at least the mid-1960s. Wu declined to comment.

Update: This story was edited to reflect that Calvin Klein most recently took the 16th floor as well as the 13th floor.