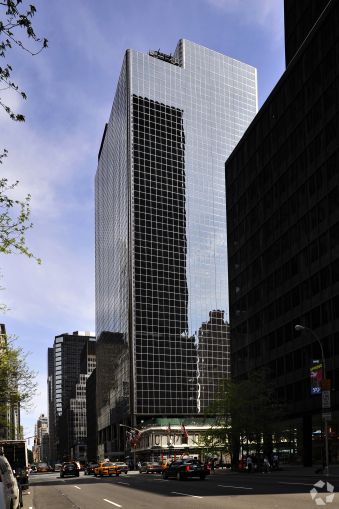 The lease extension is for six years and keeps the company, an affiliate of Toyota Motors, in some 43,000 square feet on two floors, according to information provided by the landlord. Asking rent in the transaction was in the high-$60s per square foot.

“We’re delighted that one of the world’s most respected business brands, Toyota, will continue to be calling 805 Third Avenue its home,” Cohen said in prepared remarks.

The subsidiary of the Japan-based Toyota Tsusho Group moved into the 600,000-square-foot building between East 49th and East 50th Streets in September 2009, according to CoStar Group. The 55-year-old Toyota Tsusho America occupies the 17th and 18th floors of the 31-story structure.

Marc Horowitz of property manager Cohen Brothers Realty Corporation represented the landlord in-house, while Paul Myers and Sarah Pontius of CBRE represented the tenant and declined to comment via a spokeswoman.

Other prominent tenants include the Yankees Entertainment and Sports Network, also known as the YES Network, and media and marketing firm Meredith Corporation, which occupies the top two floors. Extell Development Company occupies an entire floor at the property and renewed its lease earlier this year, as CO reported in August.