Risky Business: CMBS Barbelling is on the Rise 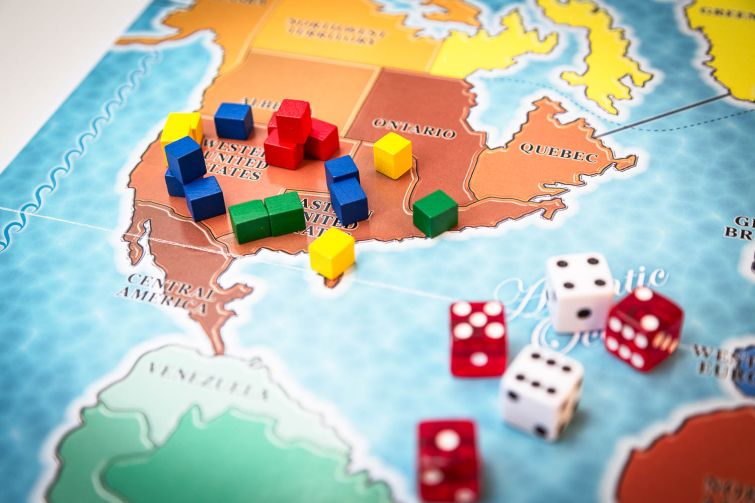 Increased competition, a shrinking number of transactions and the arrival of new risk retention regulations are putting pressure on the market for commercial mortgage-backed securities.

One sign of this pressure is an increase in credit barbells—or large variations in loan qualities across a security. In a June report, Fitch Ratings noted that it had observed an increase in CMBS barbells in 2015 moving into the beginning of 2016. Speaking to Commercial Observer last week, Eric Rothfeld, a managing director of commercial mortgages at Fitch and one of the authors of the report, said that this trend had continued into the second half of the year.

Barbells are a natural feature of most CMBS transactions, but if they grow large enough, investors can find themselves taking losses even if the higher quality components of a security perform as expected. And these underlying risks can’t typically be discerned by a look at the average metrics of a transaction.

“It’s something that investors need to be aware of,” Rothfeld said, noting that he and his colleagues have come across a number of transactions where the overall pool statistics present a misleading picture.

“If you take a quick look at these transactions, you may see two deals with an LTV of 105 and think they’re very similar transactions,” Rothfeld said. In fact, the second deal is significantly riskier due to the likelihood of losses on the higher LTV loans.

“Those losses aren’t offset by the really strong credit of the super low leverage loans,” he said.

To turn to a sports analogy, it’s a bit like a basketball player who scores 50 points in one game and then just 10 points over the next two. That averages out to a highly respectable 20 points per contest, but a closer look finds wide swings in performance from night to night.

While Rothfeld said such barbells have grown more common over the last year or so, they are a regular and natural feature of the CMBS market, suggested Manus Clancy, the senior managing director at commercial real estate analytics firm Trepp.

“It’s always been there,” Clancy said. “I would call it part of the pool optimization process.

“I don’t mean anything untoward by that,” he added, noting that building a CMBS pool involves a complicated balance. Issuers “are putting together a blend that reflects diversification in terms of property type, geography, [features] that will meet rating agency requirements and also [considerations of] what is going to price best for me? What is going to give me that extra two basis point spread.”

“I think the most extreme version of barbelling would come from a situation where a guy has collected a pool of relatively high LTVs, say 75-ish, and he finds this one guy who has a big loan that is a 55 [LTV],” Clancy continued. “And he’s willing to pay for [that loan] in terms of lower rates because he knows that it is going to bring his [blended LTV] numbers to the point where he may save 4 basis points on his AAA pricing, which is meaningful.”

Concern about CMBS barbells is “kind of a topic that waxes and wanes,” said James Manzi, an analyst with S&P Global Ratings. To the extent that they seem more prevalent in the current market, one reason could be the smaller size of the securities being issued.

“Well, the deal sizes now are a bit smaller, and I think it’s more noticeable when there are fewer loans,” Manzi added.

“I would argue that in this current environment it’s potentially more difficult to secure loans that work in the context of a CMBS,” Lisa Pendergast, the executive director of the Commercial Real Estate Finance Council, told CO.

Volatility in the market along with increased borrowing costs “have made some CMBS lenders less attractive to borrowers,” Pendergast said, noting that some borrowers who might have gone the CMBS route in the past are now opting for balance sheet deals, in which the lender keeps the loans on its books instead of packaging it for sale in a security.

Taking these typically more attractive borrowers out of the potential CMBS pool leaves issuers choosing from a smaller and lower quality mix of loans.

“You may be filling out your pool with borrowers that can’t necessarily clear portfolio lender credit requirements,” she said.

“What Fitch has seen over the last three years is an increased number of loans in secondary and tertiary markets,” Rothfeld said. “I’ve seen an increase in single-tenant properties, in hotel properties, which tend to have higher cashflow volatility than, say, multifamily auction retail.

“I think it makes sense that it’s something that would occur in a more competitive lending market where making strong, low-leverage loans on high-quality assets becomes more difficult simply because there are more lenders bidding on the same product,” he said. “There are just a limited number of low-leverage, stronger assets out there.”

One interesting feature of the current market is the push-pull of the CMBS risk-retention regulations set to go into effect on Dec. 24 as part of the Dodd-Frank Wall Street Reform and Consumer Protection Act. Under these rules, sponsors of CMBS are required to keep on their books a 5 percent stake in the securities they issue, the idea being that this “skin in the game” will have a salutary effect on CMBS quality.

Though yet to officially take effect, these regulations are being felt as the industry prepares for their arrival.

“Risk retention is driving up borrowing costs for CMBS borrowers,” Pendergast said, adding that this has made CMBS “less attractive as a financing vehicle.”

This, in turn, has increased the amount of CMBS barbelling, she said. “It makes it more difficult to land some of those larger loans, and so it almost forces [CMBS sponsors] to some extent to lend to smaller borrowers. And that is creating a sort of barbell situation.”

At the same time, Pendergast said, the new rules have led to more conservative underwriting, so that while there may be fewer larger loans from highly desirable borrowers to put into a CMBS, the loans that are going into CMBS transactions from less sophisticated, smaller borrowers are well underwritten.

“Issuers are creating CMBS transactions with some good, larger loans at the top and then are rounding out their pools with potentially smaller loans to borrowers that may be less sophisticated, but the underwriting of these loans is far more conservative than was the case pre-crisis,” she said.

If the market’s response is any indication, the piece of mind afforded by the new regulations has, to date, outweighed potential barbell issues. Three CMBS transactions have been done under the new rules, “and people have received those deals very well,” Clancy said. “They like people having skin in the game. They immediately assign better underwriting to those deals.”

The regulations’ ultimate effect with regard to barbells remains to be seen, Pendergast said. “We’ll get a sense of whether [risk-retention–induced barbelling] will continue midway through 2017 when risk retention becomes the norm and issuers have a better sense of how new-issue bonds price and thus how to price CMBS loans to borrowers.”

Regardless, investors, and particularly the B-piece buyers who purchase the lower-rated CMBS bonds, are generally capable of determining when an issuer has taken barbelling too far, Clancy said.

“You will see deals come to market where somebody says, ‘This got dinged because there was too much Sears or too much Office Depot or there was that one big AT&T property in the Midwest’—something like that,” he said. “They will come to the conclusion that, despite the fact that there are some strong assets in there, [the barbell] lowers the value of that transaction and prevents it from being well received.

“People talk,” he said. “You see it in the rating agency pre-sales. You see it in press, in the buzz. The market is pretty savvy in that regard.”