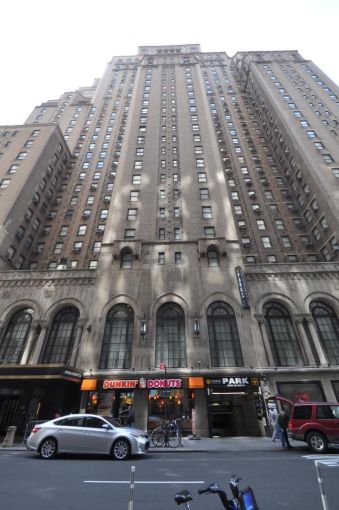 Pebblebrook Hotel Trust has sold the 618-room Stewart Hotel to a joint venture for $217.5 million after the seller dissolved its partnership with Denihan Hospitality Group just two months ago, according to Pebblebrook’s lawyer Hunton & Williams.

Patriarch Equities, Sioni Group and Highgate are the buyers in the transaction, which closed on Dec. 20, and the group rebranded the hotel as the Stewart Hotel upon closure of the deal. The property (formerly known as Manhattan NYC Hotel) is a 28-story hotel at 371 Seventh Avenue between West 30th and West 31st Streets near Penn Station and Madison Square Garden.

“The contract was signed quickly and the closing happened shortly thereafter, which was in line with Pebblebrook’s business plan,” Hunton & Williams’ Laurie Grasso, who advised Pebblebrook with colleague Douglas Hoffmann, said in prepared remarks.

The 474,000-square-foot hotel has guest rooms and suites designed by Rockwell Group and 10,000 square feet of event space.

“The Stewart is an exciting addition to Highgate’s collection of independent hotels, particularly given its desirable location at the crossroads of an area that should see meaningful investment and redevelopment activity in the coming years,” Neil Luthra, the principal at Highgate, said in the company’s release.

In October, Pebblebrook and Denihan split its holdings of six Manhattan hotels worth $820 million, according to a Pebblebrook news release at the time. As a result of the dissolved partnership, Peeblebrook came away with the Stewart Hotel and the 252-room Dumont NYC at 150 East 34th Street between Lexington and Third Avenues. Denihan meanwhile took the remaining four hotels: The Benjamin at 125 East 50th Street, Fifty NYC at 155 East 50th Street, Shelburne NYC at 303 Lexington Avenue and Gardens NYC at 215 East 64th Street.

It was not immediately clear if Pebblebrook intends to sell off the Dumont NYC as well, since an executive at the company did not return a request for comment.