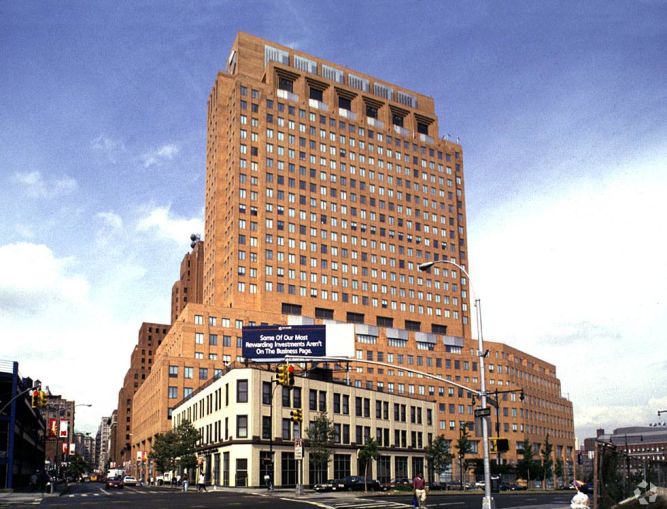 Roughly 180,000 square feet of retail space at the MetroTech Center in Downtown Brooklyn is hitting the rental market, Commercial Observer has learned.

The swath of retail is spread between J.P. Morgan Chase’s 3 MetroTech Center and 4 MetroTech Center, according to marketing materials for the 25-year-old properties. Avison Young and CPEX Real Estate have been tapped to market the space.

Avison Young’s Jedd Nero, who’s leading his brokerage’s team marketing the property, said this is the first time all the space is hitting the market at once since the buildings were finished in 1991.

An overhaul of the façade for the buildings is in the works, a design for which will be driven by whatever tenants take the space, Nero and CPEX’s Timothy King told CO at International Council of Shopping Centers’ New York National Deal Making Conference at the Jacob K. Javits Convention Center earlier this week.

The brokers said they’re shopping the spaces around to a plethora of tenant types, including apparel companies, restaurants, specialty retailers and health clubs.

Nero said the spaces are being marketed with “all different types of configurations.” The goal, he added, was to connect the outside of MetroTech, running along Willoughby Street, with the common area that connects the buildings that make up the complex.

“There’s nothing to connect it,” he said. “Now we have a reason.”

Forest City Ratner Companies, which developed the properties and manages the rest of MetroTech, has filled neighboring buildings with retailers such as Chipotle and Au Bon Pain—catering to office workers not just from Chase, but the Fire Department of New York, Slate Media and National Grid.

“This will now add more life to that village,” King said in reference to the commons.

The brokers declined to provide hard asking rents, only that they would be “market rate.” Retail rents in this part of Brooklyn, which includes the City Point development, have been among the highest in the borough. This summer, ground-floor asking rents averaged $277 per square foot along nearby Fulton Street between Boerum Place and Flatbush Avenue, according to the most recent Brooklyn retail report from the Real Estate Board of New York.